Baking our oatmeal bread will warm your kitchen. 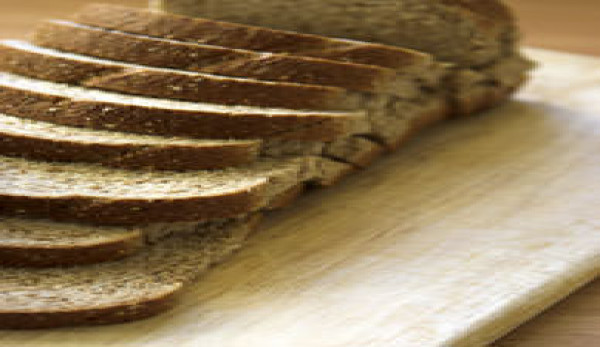 As satisfying as it is on a late-winter afternoon to bite into a warm hunk of bread spread with homemade preserves, itâ€™s even more satisfying to actually make the bread.
Â
Itâ€™s not as daunting as it might seem, despite some peopleâ€™s apparent need for a machine to do it. I donâ€™t think there are many things quite as gratifying as kneading warm bread dough.
Â
And while the bread is baking, the heat from the oven will warm the kitchenâ€”and the smell of the bread will warm your soul. My favorite bread is Oatmeal-Three-Flour bread, a recipe I adapted from a basic oatmeal
bread recipe.

Preparation
Sprinkle yeast into water and let stand a few minutes until slightly foamy on top; stir until dissolved.

Place oats in a large bowl and cover with scalded milk. Let stand until lukewarm.

Sift flour together, then add to oat mixture, mixing well with large spoon. Cover and let rise in a warm place until doubled in size (about 1 hour).

Punch down; turn out on floured surface and knead well. Shape into loaves and place in two greased loaf pans. Let rise until nearly doubled in bulk, about 45 minutes. Bake at 350 degrees F for 45 to 50 minutes.

Note: To knead, fold edge of dough over into center and push down with the heels of your hands. Give it a quarter turn and repeat until dough is smooth and elastic. To shape into loaves, flatten dough with your hands on flour surface, roll up from long side and tuck in ends toward seam. Place seam-side down in pan.