Weeds are an unfortunate reality for every farmer, but this method minimizes the madness. 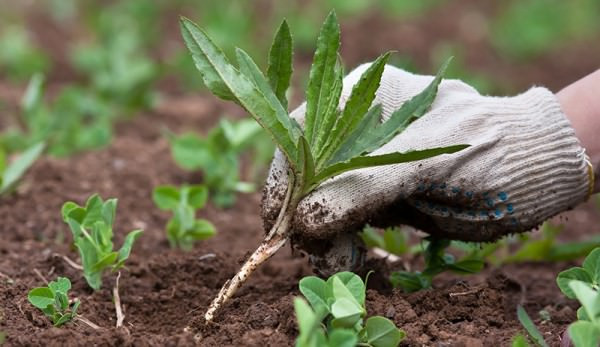 Successful vegetable growing is about successful weed control. If you do not keep the weeds in check, the vegetables will suffer, the farmer will suffer and the farm will follow.

That said, it can be difficult. Not every gardener has the time to hoe after every rain, or the money for the perfect implements to cultivate around young plants. This is why preemptive weed suppression is arguably the most important part of weed controlâ€”if you can nip the weeds in the literal bud, then you can worry less about the expensive implements.

There are, of course, a few ways to approach this. Flame weeding is an excellent way to stop sprouting weeds, as is the staleâ€”sometimes called falseâ€”seed bed (where one gets the soil ready but does not plant, allowing the weeds to germinate on the surface before lightly reworking the bed again). There is, however, at least one other effective way to preemptively eliminate weeds: occultation.

The word occultation actually comes from the verb “occult”â€”to cut off from view. When you employ occultation in your garden, you cut the soil off from sunlight. Popularized by farmer Jean-Martin Fortier in his book The Market Gardener (New Society Publishers, 2014), occultation is typically done with large opaque tarps or sheets, weighted down with rocks, sandbags, logs, dirt or whatever is available.

When black tarps or opaque barriers are laid against the soil, warmth and moisture are trapped or encouraged underneath. As the soil warms, more weed seeds come out of their dormancy. When they germinate, they sprout into what is a dark, fairly suffocating environment, void of sunlight or air movement. Ultimately, the weeds die under the tarp and are consumed by worms and other organisms who enjoy the darkness. Left on for three or four weeks (at least six in the winter), and the occultation should take care of many or most of the weed seeds within the top inch or so of soil.

Many materials can be used for garden occultation. Primarily, farmers use large silage tarps, though these should be scaled to the strength of the farmer and size of the garden, as they can be heavy. Others have taken to using old plastic hay covers, and weighting them down over single bed as opposed to a large area. Available from time to time may be old vinyl billboard signs, which can provide notably fun decoration, though be cautious of the ink. It may be best to lay these out somewhere prior to occultation where excess ink can be solarized or washed off before placing in the garden.

How To Occult Soil

To use occultation in the garden, simply mow an area where you plan to plant three weeks before planting in the summerâ€”six in the cooler monthsâ€”and pull tarps or material over top. Weigh the material down on all ends with logs, sandbags or dirt. Because these tarps are heavy, they are actually more susceptible to wind than light row covers, so make sure theyâ€™re secure. Leave the tarps as long as possible. When you remove the tarps, surface weeds should be destroyed and the soil should look clean. Leave on as long as necessary.

Some have taken to using occultation where slow seeding is involvedâ€”carrots in particularâ€”using the tarps to suppress weeds while the intended crops germinate. To do so, occult a bed as well as possible, then sow the seeds. Place tarps back over the bed for roughly three-quarters of the germination length (so for carrots, maybe five days), then remove. The tarps should have suppressed many of the germinating weed seeds while keeping the soil moist and warm for germination of intended crop. Experiment with this in small plantings. Some crops may require some sunlight to germinate, and others may go dormant from excessive heat.

Another use comes from farmer Curtis Stone, author of The Urban Farmer (New Society Publishers, 2015), who actually uses occultation not solely to kill weeds but sometimes to germinate them. He will leave the tarps on for only a week or so before removing them and killing the weeds himself through flame weeding. This ingenious twist certainly speeds up the process of bed preparation.

Occultation cannot always kill perennial weeds, but it will generally weaken them. Their white, stressed stems will be easily visible after occultation, making removal with a shovel easier. Also consider that even though occultation will encourage earthworms and other organisms to consume plant matter, it will not rapidly break down large plant residue.

Remove as much crop residue, such as large roots and stems, as possible before applying tarps. Small leafy matter or mowed cover crop are fine, perhaps even beneficial. Carbonaceous material, like straw, will not breakdown quite as readily. In the heat of the summer, some take to flipping the tarps to their lighter-colored side in hotter months so as not to harm the soil microbial life with excess heat.

As a somewhat newâ€”or renewedâ€”style of weed suppression, occultation still is a bit of a frontier. Experiment, and see what works best for you.