Oh, I Wish It Would Rain!

Despite my best intentions in watering my garden, no irrigation I can provide seems to top the power of rainwater. 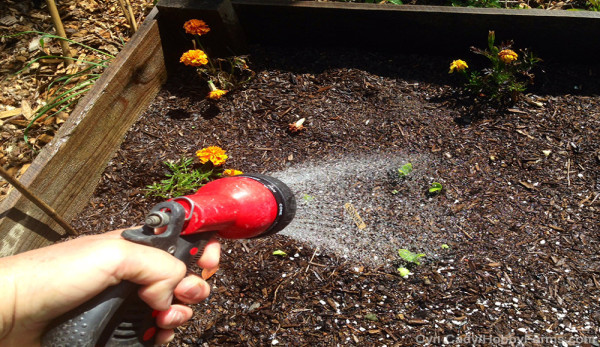 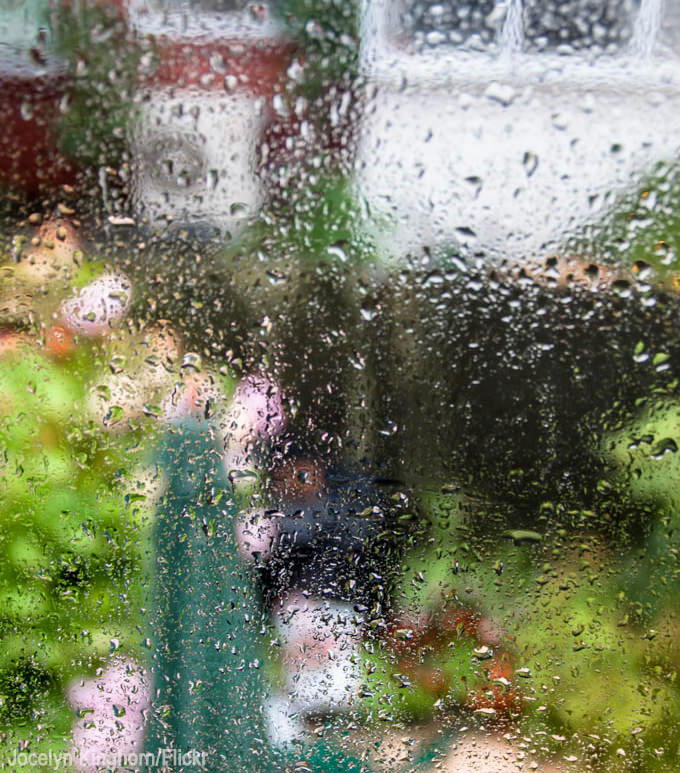 In case youâ€™ve been living way up under the porch in a little scooped-out hole for the last many months like a sick cat, or Sylvia Plath, youâ€™re probably aware that in California, where I live, weâ€™re in a drought. A giant, far-reaching, plant-killing drought. The kind of drought where people start taking all kinds of drastic measures to conserve water: setting up rain barrels, installing low-flow toilets and showering with a bucket so you can save the water to make soup â€¦ that kind of drought.

So, you can imagine the excitement that settled over my little corner when last week brought an unexpected, substantial overnight rain. If Iâ€™d been awake, I would have run out and danced around in it. But then there would be that whole neighbors/police/paperwork thing, so I guess it was all for the best that I was sound asleep in that deep, dreamy way that seems to go with rain in the night.

Now, when watering my plantsâ€”my new veggie babies, my seeds, and my perennial artichoke and berry plantsâ€”I had been judicious, using water conserved from other sources whenever possible, but also generous, making certain every little green baby had ample moisture. I was being a good Plant Momâ€”Iâ€™m sure of itâ€”which is why I was surprised when, after the rain, all my plants seemed to look so much better. Like seriously better. Even our “lawn,â€ť which really isnâ€™t a lawn at all, just a bunch of green weeds that we cut in the front yard, looked vibrant and worthy of a suburban housing development. 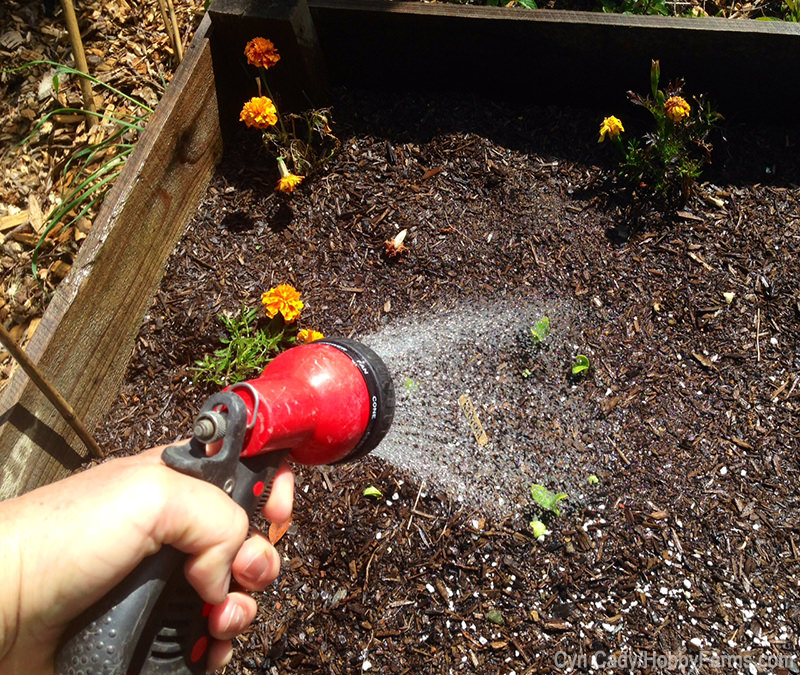 What was it? Is rainwater really that much better for plants? I started poking around the interwebbery, checking out what the smart people have to say. Now, usually, when Iâ€™m Gardoogling (my term for Googling garden info), it doesnâ€™t take me long to find a consensus. But this time, opinions were varied.

Some folks thought it was because rain waters the entire area, and not just the immediate vicinity of the plants, keeping moisture in the roots. Others argued that because rainwater doesnâ€™t contain hard ions, like calcium and magnesium, the soil absorbs it more easily. Another faction claims that due to rainwater typically having a neutral or slightly acidic pH and containing small amounts of nitrates, it provides better support than our chlorinated, fluoridated, whatever-ated tap water. And then thereâ€™s the idea that when rainfall occurs, the skies are cloudy, so moisture doesnâ€™t evaporate the way it does when we water on a sunny day.

Shoot. Whoâ€™s right? My guess is d) all the above. But while rainwater itself might be more beneficial than the stuff that runs out of the tap, I think even stored rainwater wouldnâ€™t beat the falling-out-of-the-sky delivery system that honest-to-Betsy rain has. Thereâ€™s just something about it that is plant magic. And letâ€™s face it, although you might draw the same unwanted neighbors/police/local news crew attention, dancing under rainwater delivered from a hose just lacks the pizazz of an improvisational performance under the soggy skies.

Read more of Cyn’s stories from the farm: