The Old English Game chicken breed comes in a variety of colors and is most commonly used in show. Hens lay well for a game breed and make nice mothers. 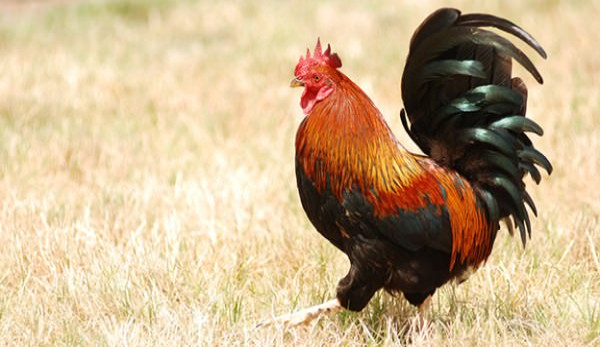 Use: The Old English Game chicken breed comes in a variety of colors and is most commonly used in show. Hens lay well for a game breed and make nice mothers. Due to its hardiness, vigor and longevity, itâ€™s been used to develop a number of chicken breeds.

History: The Old English Game, arguably the first chicken breed developed in England, directly evolved from birds used for cockfighting before the hobby was outlawed in 1849. Its ancestors are said to predate the British Isle conquest of Julius Caesar around 55 B.C. The breedâ€™s popularity rose once poultry shows began to replace cockfighting as a form of competition. Of all domestic chicken breeds, the Old English Game has the most similarities in appearance to that of wild jungle fowl and has not seen much physical change over the past 1,000 years. The breed was admitted into the American Poultry Associationâ€™s Standard of Perfection in 1928.

Conformation: Two slightly different types of Old English Games evolved from the original fighting stock: the Oxford, with an upright carriage, and the Carlisle, with a horizontal carriage. The breed has 34 known color varieties, eight of which are recognized by the APA. The close, tight feathers emphasize the breedâ€™s small size. It has a single comb with 5 points, and its wattles and earlobes are small and smooth; all are bright red, red or mulberry, depending on the plumage color variety. Shank color varies with plumage. Standard Old English Game cocks weigh 5 pounds and hens weigh 4 pounds; bantam cocks weigh 24 ounces and bantam hens weigh 22 ounces.