Old Farm Tools Can Be Really Cool … to Visit

I had great fun looking at hundreds of old tools during a rare, “just for fun” shopping trip to a quirky store in a nearby town, but I left them all there. 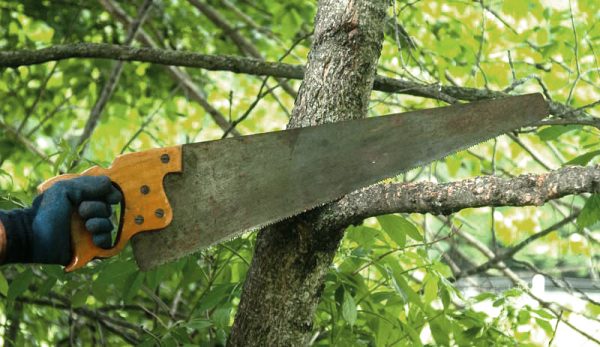 On a recent rainy day, I embarked on a rare “just for fun” shopping trip to a rather quirky emporium in a nearby town. I don’t find all that many stores too interesting up in here northern Wisconsin—otherwise known as the middle of nowhere. So I do a lot of my shopping online. But once in a while, it’s fun to visit a store just to see whether anything catches my attention.

This particular emporium is located in a large three-story building, and every floor is positively packed with stuff. All kinds of stuff. Furniture, pictures, paintings, books, CDs, DVDs, records, jewelry, glassware, hats, signs, toys, clothes—you name it, it’s probably there, all organized in an appealing yet somewhat vague and haphazard fashion.

Need a vintage popcorn popper? I could have bought one.

One rather substantial section of the store was devoted to old farm tools and equipment. As you might suspect, I spent plenty of time rooting through shelves and tables full of rusty metal objects. Truly, this section of the store looked like someone had dumped their garage upside down and put a price tag on whatever fell out.

There were wrenches, very large wrenches to fit all sizes of nuts and bolts, faded to a dull reddish brown with age. I saw hand saws (like the one shown above), likewise weathered and with their teeth worn down, plus smaller pruning saws that I would have found quite appealing had they been in slightly better shape. There was even a large crosscut saw hanging on the wall. But it was expensive, and because I’m not in the habit of felling large trees by hand, I passed it up.

Door knobs? Oh, if I’d had a need for a doorknob, I would’ve had inexhaustible options—had I been willing to accept that they, too, were faded with age.

Screw drivers? There was a whole basket full of them and who knows what else, plus a table with electric drills and saws. There were a couple of old plum bobs that I pondered, and a small scale that seemed to work. Then I stumbled across pipe wrenches and old pairs of pliers and a crescent wrench, plus a few tools that were difficult to identify.

I was tempted to buy something (or multiple somethings). But then it occurred to me that I already have most of these tools. This little section of the store could have very well been a snapshot of my own garage. And even though I’m a big fan of old hand tools, I don’t want to be one of those farmers who buys old tools just because—well—we might have a use for them someday, or because we might want a backup tool, or because the price was too good to pass up.

In the end, I didn’t buy a single tool, so you might say that I was a responsible shopper. I resisted the urge to come home with any old tools I can do without. Now if you’ll excuse me, I did buy an old Disney movie on VHS for $1. I need to go fire up my old VCR in preparation for a movie night.

Come to think of it … maybe I should have bought that vintage popcorn popper after all.