I got an email from a friend a few days ago telling me that her husband bought her an orchid plant for Christmas. She has always wanted one but has no clue how to take care of it. 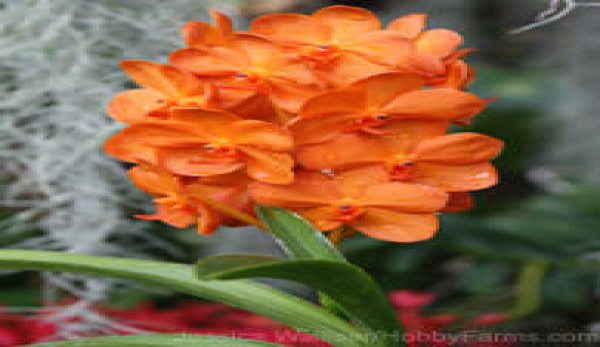 I got an email from a friend a few days ago telling me that her husband bought her an orchid plant for Christmas. She has always wanted one but has no clue how to take care of it. I think she was surprised when I told her how easy it could be.

For many years I had a collection of a dozen or so orchid plants, most of which were discards from the flower shop I used to work in. I learned how to take care of them from a member of our local chapter of the Orchid Society. Once my friend told me that the label on her plant told her it was a Phalaeonopsisãor mothãorchid, I could pass on some advice. I thought I might share it here in hopes of inspiring some of you to take a shot at growing these beautiful plants yourself.

Moth orchids are some of the most commonly available orchids; they are inexpensively reproduced through tissue culture propagation and are simply beautiful. With moth-like blossoms in assorted colors and sizes and a long bloom time, Phalaeonopsis orchids have become very popular. They even sell them at local hardware and grocery stores.

Moth orchids have several blossoms on each flowering stalk (often called a “spikeã), and each plant can throw several flower spikes per bloom period. When the plant is in flower, it should be kept in a cool area out of direct sunlightãwarmer temps and direct sun can lead to more rapid maturation of the flowers, limiting the bloom time.ô

Once the last flower drops off, use a clean, sharp shear to cut the flowering stem down to just above the second node. You can find the nodes by locating the “drop offã site of the lowest flower and following the stem down towards the base of the plant. The nodes appear as small, light-green, inverted Vs along the stem. They might also be slightly raised. By removing the stem above this point, you often encourage the plant to throw a new side spike from this node. It doesnãt always happen, but youãll know in about three weeks if it does. Once this spike finishes blooming, or when you are sure no new spikes will develop, cut the entire flowering stem completely off.ô

Continue to water the plant by placing it under the running tap for several minutes every 10 to 14 days (use room-temperature or slightly warm water). Always allow the plant to fully drain before putting it back onto a bright windowsill or, ideally, under grow lights for 12 to 14 hours per day. When the danger of frost has passed in the spring, move the plant outdoors to a shady area. Continue to water it regularly (every few days in the summer) and, come June, begin to fertilize it with an organic liquid fertilizer, such as kelp or fish emulsion, every three to four weeks. When September arrives and the nights begin to cool, move the plant back indoors into a bright window or back under the grow lights. As orchids like high humidity, filling a shallow tray with small rocks and water then positioning the orchid pot on top of the rocks is a good idea (the bottom of the pot should not sit directly in the water, though). As the water evaporates, replenish it to keep the humidity raised.ô ô

Continue to fertilize the plant every three weeks until late November. It should begin to develop new flower spikes sometime shortly after. Repot your orchid every three years. Use the same sized pot (they grow up, not out) and fresh orchid-specific growing media. Good luck!