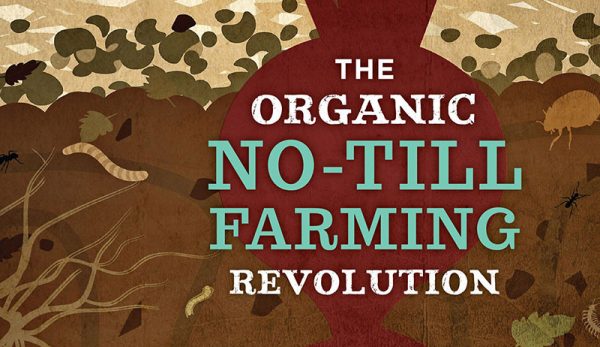 The use of tillage has been the standard in small gardens and farms for more than a century. But a new group of small-scale market gardeners are actively providing an alternative to tillage. It could ultimately shape and change that paradigm for good.

For a long time, no-till was considered almost strictly as a method mildly viable for a backyard garden, though still a lot of work. No-till was also seen as something done on large grain operations with seed drills, heavily dependent on herbicides and chemical fertilizers.

With his book, though, Mefferd reverses these views. He effectively shows how to scale the concept of no-till to small and midsize market farms. He also highlights the many ways to do it without chemicals or, in some cases, much equipment at all.

The first half of the book tells Mefferd’s story. He gives an overview of what no-till is, plus the many techniques farmers have developed to maintain small-scale market gardens on anywhere from half an acre to 10 or more.

Some of these techniques indeed involve cover-cropping—which is how a lot of people know no-till. Others lean more toward using composts as mulches, a lesser known style.

Then there are others still who use very little cover, if any. The diversity of options is broad, giving the reader a good view into how some of those systems work. In the second half of the book, Mefferd shares in-depth and often technical interviews with 17 growers using their own no-till methods.

One such grower is Shawn Jadrnicek. He uses an innovative cover cropping system on raised beds that also applies leaves from his city.

Then there is the exciting work of Singing Frogs Farm in Sebastopol, California. The farm grows with a compost-as-mulch system and grosses more than $100,000 an acre without tillage.

Each grower brings something distinct to the conversation. They generously allow a glimpse into how to manage a productive, profitable small-scale no-till farm. This is something that was thought of for many years as an impossibility.

If I have a criticism, it’s that I simply want more detail. But that’s because the detail we get—and there is a fair amount of it throughout—makes anyone interested in this system crave more. It’s exciting to see the simplicity and success of these systems in so many different areas, under so many different conditions, at different sizes.

Ultimately, “The Organic No-Till Farming Revolution” wrangles these myriad no-till techniques into something interesting, enlightening and fun. The book is neither dogmatic nor heavy-handed—if you use a tiller, you will not feel heavily judged by this book. Rather, Mefferd simply presents you with alternatives if you’re unhappy with your current soil management, if you want to fight climate change, or if you simply want to grow better vegetables. Because no-till has the potential to accomplish all three, even if only one is your goal.