Organic No-Till: Good For You And Your Land

Done with tilling? Farmers now have biologically practical and mechanically possible options for utilizing organic no-till on their farms. 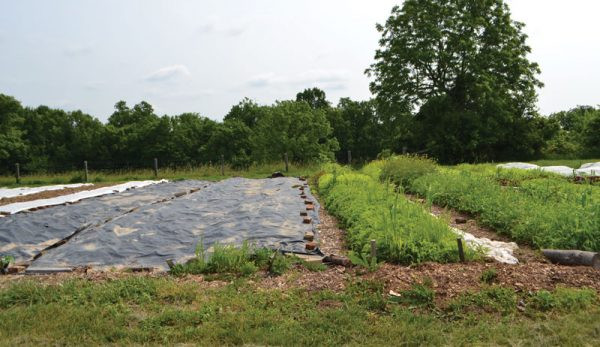 Listen to This Article

When my wife and I moved our family back to Kentucky to start a sustainable farming operation in the wild and rugged outskirts of Franklin County, our plan was simple. WeŌĆÖd raise chickens, pigs and cattle on pasture. A large market garden would supply us (and, eventuallyŌĆöhopefullyŌĆöour neighbors) with fresh, organically raised produce.

We ended up doing much of this. We raised meat and layer chickens, established a pork-breeding program and, for a while, cared for a pair of black Dexter cows.

But before any of that, and within days of moving into a Civil War-era farmhouse, we mapped a 10,000-square-foot piece of grass behind the house. Then we pulled out the tiller and proceeded to tear things up.

Breaking the earth on our farm felt like the new beginning we sought. Tilling is what farmers do. But our soil was clayey and difficult. When heavy rains washed what little topsoil we did have down our gently sloping land, the garden bed pooled rainwater. Then the mud dried to a cracked surface, putting a serious damper on our market-garden aspirations. That’s when we started looking into our options for organic no-till growing.

Soil erosion, it turns out, is a hot topic in Kentucky. It’s a place of rolling hills where flat land is in short supply and priced out of reach of most beginner farmers. Couple that with the increasing frequency of heavy rains and the stateŌĆÖs rich tilling history, and you can see why soil conservationists are growing panicky at the prospect of the CommonwealthŌĆÖs dirt washing clean away.

Our little piece of land was small potatoes compared to the sprawling soybean and corn farms down the road. But it was important to us and our goals. So we ventured into town, to the local land grant universityŌĆÖs test farm, for a presentation on no-till farming.

The first speaker showed a drawing of two farms, one on top of a hill (like ours) and one in the valley at the bottom. He explained that when the hilltop farmer tilled the land, rain and gravity carried it to the farm in the valley. This, he said, was in essence the crux of the soil erosion problem.

Another speaker explained how soil erosion threatened to clog waterways when the dirt migrated to streams and creeks.

And a third speaker, a representative from the Department of Natural Resources, showed us a series of demonstration models and a plot of field peas that had been drilled into untilled soil. Then, nearing the end of the dayŌĆÖs events, the third speaker opened things up to questions.

ŌĆ£So what will you do with the field after itŌĆÖs harvested?ŌĆØ asked a woman in the front row.

A collective groan arose from the crowd. The the speaker bristled, acknowledging the popularity of organic farming but assuring us that the dire condition of our stateŌĆÖs erosion crisis was the issue most needful of our focus.

Agriculture is widely believed to be about 13,000 years old, with cultivated rye fields in the Near East serving as earliest examples. And tilling? Ancient Egyptian cave drawings illustrate that tillage by hand, hoe or plows has been with us awhile, too.

So turning and aerating the soil is no new idea, though today itŌĆÖs most commonly accomplished with plows or disks. And itŌĆÖs become the de facto field-prep technique because it works. Tillage breaks up compacted soil, controls competition from weeds and makes planting a whole lot easier.

The downside, though, is all that topsoil washing down to the valley farmerŌĆÖs land (erosion). Other disadvantages include:

Over time, erosion became pretty noticeable in some agricultural communities (Dust Bowl anyone?). So, in the 1960s, with new herbicides hitting the market and the development of seed drilling implements, no-till farming experienced a surge in interest. Farmers used synthetic chemicals to kill cover crops, then drilled seeds directly into the soil. MonsantoŌĆÖs release of glyphosate in 1974 under the brand name RoundUp made the herbicide a standard for no-till farming.

Glyphosate may not have carried the stigma it does today, but neither was it popular with back-to-the-landers or organic farmers. Their concern about soil erosion got trumped by an aversion to synthetic-chemical herbicides.

But in the 1980s, a push for organic no-till options gained traction. Researchers discovered that certain winter annual cover crops, such as hairy vetch and cereal rye, could be cut close to the ground at a very specific stage with minimal regrowth. This meant that farmers could mow, drill and expect their crops to grow through the weed-suppressing mulch.

Organic farmers heralded the finding. But inconsistent results in terms of weed suppression and crop yields slowed the roll on an organic no-till takeover.

Over the years, though, researchers kept trying to develop tools and systems to make organic no-till a viable alternative. In the mid-2000s, the Rodale Institute, a nonprofit organic farming research institution in Pennsylvania, released building plans for a no-till roller crimper implement developed through their No-Till Project.

ŌĆ£We conceptualized and developed the roller crimper at Rodale Institute to allow organic farmers to make use of modern no-till planting equipment,ŌĆØ says Rodale Institute Executive Director Jeff Moyer. ŌĆ£Cover crops can be terminated mechanically without the use of any chemical inputs. By using cover crops and a roller crimper, any farmer can begin to build soil health.

ŌĆ£Now we have a system that is not only biologically practical, but mechanically possible. Farmers have the option to utilize organic no-till on whatever size farm they have and are not faced with a decision between utilizing no-till methods that protect the soil and limiting their synthetic inputs.ŌĆØ┬Ā ┬Ā

Small-scale and hobby farmers donŌĆÖt necessarily need to buy or build a massive implement. But like my wife and I standing in our eroding market-garden bed, many seek proven methods to grow food without tillage.

That was Jesse and Hannah Frost last year, when they decided to return to no-till growing methods on their 3Ōüä4-acre market garden, Rough Draft Farmstead, in Anderson County, Kentucky. (They’d previously abandoned the idea due to economical returns.)

ŌĆ£We started to see more farmers doing no-till, and that revived our interest in starting our own no-till system,ŌĆØ says Jesse, who is also a frequent contributor to Hobby Farms. ŌĆ£Generally, no-till is relegated to either backyards or giant grain operations. So we needed something that fit in the 1-acre scale.ŌĆØ

Their search led them to examples such as Singing Frogs farm in California and Tobacco Road Farm in Connecticut, both no-till vegetable farms on small plots of land.

ŌĆ£Our primary system is more of a deep compost mulch system, where weŌĆÖre laying down layers of compost and planting into that,ŌĆØ he says. ŌĆ£It keeps the soil covered. Keeps it warm in the spring. ItŌĆÖs a very simple system.ŌĆØ 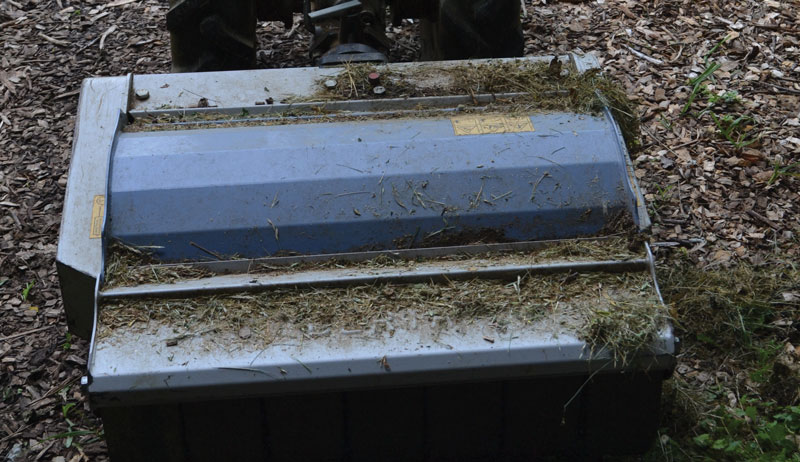 ŌĆ£When a bedŌĆÖs done, weŌĆÖll mow them with a flail mower. Then we put the black plastic on them for four to eight weeks,ŌĆØ Lemley says. ŌĆ£Then weŌĆÖll be able to just rake off the residue and plant again.ŌĆØ

ŌĆ£The black plastic is helpful for a variety of reasons,ŌĆØ McDonald says. ŌĆ£It keeps it from getting waterlogged if it rains too much, and it keeps it from drying out, too. So the soil has a really nice texture and moisture content when we take the plastic off and are ready to plant. It prevents the weeds from growing and kind of kills whatŌĆÖs there. Last year, there were brassicasŌĆöthings like kale and collardsŌĆöthen we put a cover crop overwinter.ŌĆØ

Lemley and McDonald employ a mulching method, too, placing wood chips in paths between rows for four years, then applying the broken-down chips to a bed. But for both of them, the flail mower, attached to a walk-behind tractor, is the star of their reduced-tillage methods.

Get Started With No-Till

So you can have your cake and eat it, too, with organic no-till methods proven and practiced on smaller farms across the country.

You can build active soil, preserving healthy worm communities and fungal networks. And you can do it while growing hyperlocal vegetables on land untouched by synthetic chemicals.

But if youŌĆÖre a market farmer or reliant on a large garden for self-sustenance, the notion of selling your tiller and going no-till is, undoubtedly, pretty scary.

If youŌĆÖd like to give it a go, consider starting small. Have some land to spare? Start a no-till garden┬Ābed in which you can grow something as an experiment. Or maybe till a little less space, reserving a part of your bed for no-till growing. No-till is a noble pursuit, but growing your own food in any manner is always the most important aim.

This story originally appeared in the November/December 2019 issue of
Hobby Farms magazine.