Plumage is important in this large chicken breed; the Orpington lays brown eggs and is a popular backyard chicken choice. 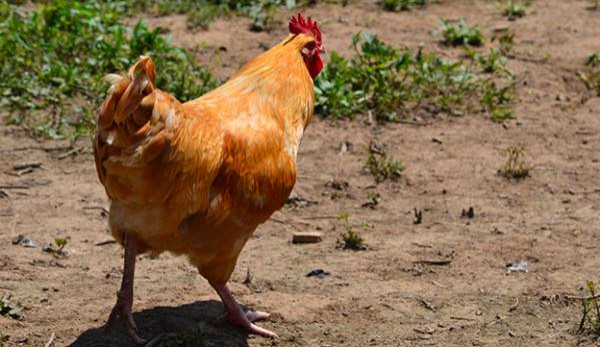 Use: Orpingtons were originally developed as a heavy meat-producing breed and selected for egg production as well. The lay brown shelled eggs. A dual-purpose breed from England, they are very popular in backyard flocks in America.

History: William Cook of Kent, England developed the Orpington from Black Langshan, Black Minorca, Black Plymouth Rock crosses. Buff and White varieties were developed from other crosses. Cochin blood was also used in some of the earlier crosses as evidenced by the looseness of feathering. Orpingtons were first admitted to the American Standard of Perfection in 1902 in the English Class.

Conformation: Orpingtons are a large heavy-bodied breed with loose feathering and white skin. Plumage is very important in this breed, with large, broad feathers that fit relatively smooth against the body being preferred. They are available in Black, White, Buff and Blue. All varieties have a single comb. Standard weights are: Cock: 10 lbs., Cockerel: 8 Â˝ lbs., Hen: 8 lbs., Pullet: 7 lbs.

Special Considerations/Notes: Orpingtons have the reputation of being more broody than other dual-purpose breeds though they can be selected for non-broodiness. They also are a docile breed. Buff is the most popular variety.