With pricked ears, long snouts and heavy coats with thick hackles similar to the Razorback, Ossabaws still closely resemble their Spanish ancestors. They're excellent nest builders and mothers and offer tasty meat with a firm texture. 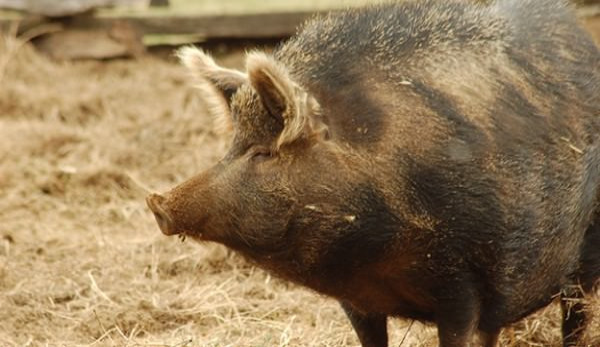 Use: Prolific Ossabaw Island hogs offer tasty meat with a firm, not tough, texture. Fat is marbled throughout, with a rind over the ham and the shoulders. They’re larger in the shoulder area, giving more meat on roasts and chops. They’re suitable for home pork and lard production and for niche marketing.

History: The hogs of Ossabaw Island are descendants of hogs left by the Spaniards nearly 400 years ago on an island off the coast of Georgia. They’ve remained a distinct and isolated population, closely resembling their Spanish ancestors. Ossabaws adapted to the food cycle and salt water of the island, becoming smaller in size. Being food-to-weight efficient, Ossabaws are able to put on large amounts of fat during times of ample feed to sustain them during lean times.

Special Considerations/Notes: Ossabaw Island hogs should be raised outdoors to avoid overfeeding and obesity. Penned Ossabaws should be fed a diet high in fiber with oats, hay and garden scraps; corn is not recommended because it contains too much energy. They’re excellent nest builders and mothers, averaging eight piglets per litter. Boars will be able to breed at 4 months old.