Remember Othello, the Scottish Blackface lamb that Dad got Mom for her birthday? He grew a new horn! 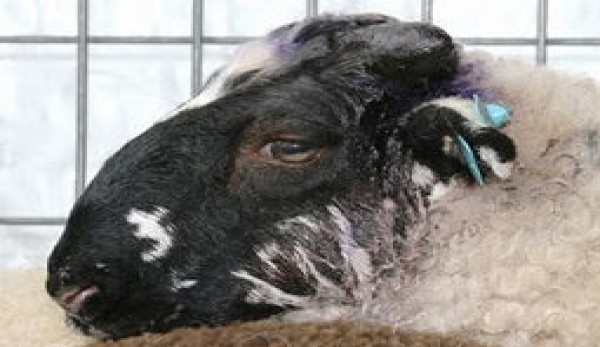 Remember Othello, the Scottish Blackface lamb that Dad got Mom for her birthday? He grew a new horn!

A few days after Othello came to our farm, Mom went out in the morning to feed and Othello had pulled off one of his horns. He was distressed, there was blood everywhere, and the horn core was exposed.

Horns are made up of two layers: The one you see is made of keratin, the same fibrous protein in human hair and fingernails, and a core of living bone is underneath. Horns start to grow soon after birth and continue growing all their wearer’s life. Scottish Blackface rams grow huge, spiraling horns, so Othello’s were already almost 5 inches long when he was only 9 weeks old!

Mom saw Othello’s horn core, and she started to cry. She thought he’d be disfigured for life. But when she called the nice people who bred Othello, they said not to worry. Lambs’ horn cores don’t fill the whole outer covering, so sometimes they catch their horns on something and yank the covering off. He’ll grow another horn, they told her. It just won’t be as long as the other one.

So Mom dried her tears and Dad found an aerosol can of Blu-Cote and sprayed that on Othello’s horn core. (That’s why his name is Othello Bluehorn.) They did that for three days until the tender horn-core covering dried up.

A week or so later, a tiny ring of horn covering appeared at the base of Othello’s horn core. It grew and grew up the side of the core until the core was re-covered with the outer horn layer.

Now Othello’s “good” horn is starting to spiral, and his other horn is half as long. Mom says it lends him an air of distinction, so while she wishes it hadn’t happened, she isn’t so sad about him losing it after all.