Our 7 Favorite Farmers Markets’—and What We Learned

As the number of farmers’ markets across the country grows, so does the variety in what and how they sell. These tips from successful markets will help yours from getting lost in the crowd. 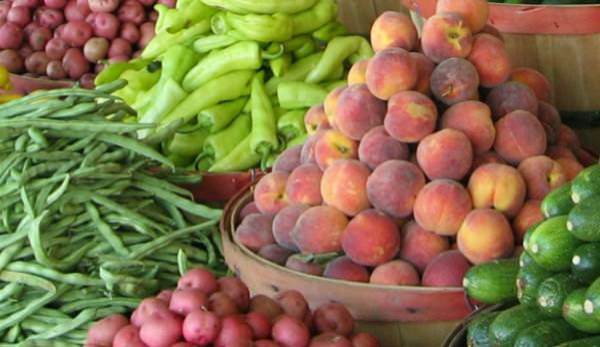 Farmers markets are more popular than ever. According to the USDA, there are 8,144 farmers’ markets across the nation—up from 1,755 in 1994. While the explosive growth is good news for foodies and farmers, the bounty of choices can make it harder for markets to stand out.

Here are seven markets across the country that are breaking the mold with fresh ideas that can be adapted to your local market.

When the Wild Food + Herb Market opened in 2013, it was the first foraged food market in the nation. The market is held on Sunday afternoons from March to November, and vendors include a mix of herbalists, foragers and wild-food cultivators selling products not found at traditional markets. To educate market-goers about wild-food identification and foraging, the market hosts workshops and cooking demonstrations. In addition to cash transactions, the market encourages trading.

Since it was founded in 1986, the Boulder Farmers Market has expanded to become one of the largest markets in the state. More than 150 vendors sell at the market on Saturday mornings between April and November and Wednesday evenings from May to October. The size of the market means shoppers can choose from a variety of foods, turning the market into a mini grocery store for local foods.

The more, the merrier. A large market with a diverse selection of vendors becomes a destination, attracting shoppers from around the region who see the farmers’ market as a viable alternative to the supermarket.

On Sundays from May to October, farmers set up in Chicago’s picturesque Logan Square, selling farm-raised meat and produce alongside value-added products like baked goods and sauces. Shoppers can pay with cash but several vendors also accept alternative payments, including SNAP and WIC. At the end of the market, vendors can donate their excess produce to a food pantry through a partnership with a local ministry program.

A market with a social mission can have a significant impact on farmers and the community. Accepting SNAP and WIC payments improves access to fresh foods and expands the customer base; donating market excess allows farmers to claim a tax deduction.

With just 15 vendors, the Morningside Farmers Market is one of the smaller markets in Atlanta, but its focus on organic produce helps set it apart. To sell at the market, which was established in 1995, farmers must provide proof that products ranging from fresh produce and pastured meats to baked goods and cut flowers are Certified Organic.

In cities with multiple farmers’ markets, establishing a niche is a point of differentiation. A farmers’ market that bills itself as a destination for organic foods can attract a loyal following of shoppers who share those values.

This market, one of the oldest in the U.S., hosts 21 farmers’ markets throughout the Twin Cities. The locations, times and vendors differ between markets, but the nonprofit St. Paul Grower’s Association that manages the markets has a rule that applies to all locations: No resellers allowed. All of the products sold at the markets were grown, raised or produced by the vendors.

As the “Know Your Farmer, Know Your Food,” movement gains momentum, shoppers want to know the products sold at their favorite farmers’ market are truly local. Organizing a producer-only market creates connections between farmers and consumers, building lasting relationships that are good for business.

This Southern California market offers year-round access to farm-fresh foods, but its full schedule of educational programming is another reason that the Wednesday evening and Saturday morning markets are popular with residents. Events range from weekly cooking demonstrations featuring seasonal foods and gardening seminars to scavenger hunts and school fieldtrips.

A market that hosts workshops and special events can attract shoppers who might not typically visit the market, boosting attendance and sales. Events may also attract the attention of the media, generating great buzz for the market.

On Sundays between June and October, 50 vendors gather for a well-attended weekly farmers’ market. Several of the vendors selling eggs, meat, produce and specialty food products also participate in other local markets. The market is so popular with vendors there was a waiting list for the 2014 season.

Non-traditional hours are good for business. Most markets are held on Saturdays; opening on Sunday draws a new crowd and gives farmers another opportunity to sell to the public.