Our Top 10 Reasons To Keep A Rooster

Roosters often get a bad rap, but here’s why you should keep one of the fellas around your flock. 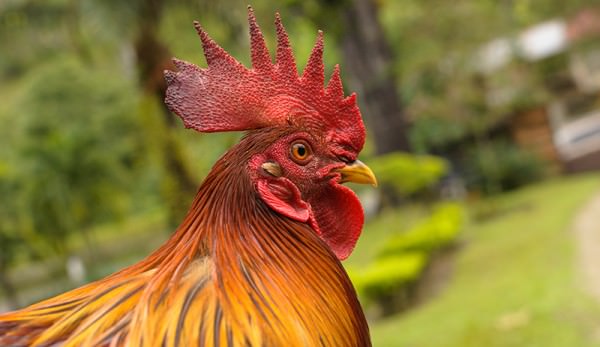 Put out a call for free hens, and you may not hear a peep. Ask for free roosters, and you’ll be inundated. Why? Because many chicken keepers don’t see the value in having a rooster. Some people often think of them as too noisy because they crow loudly—sometimes in the middle of the night—and they think roosters are too aggressive, literally attacking the hand that feeds them. And while brawls can occasionally happen if you have more than one, most roosters find a way to live in harmony with each other. Despite these imperfections, the truth is that there are plenty of good reasons to keep a rooster with your hens.

Some people believe that fertilized eggs are more nutritious than unfertilized eggs. Science hasn’t proven this to be true, but that doesn’t mean you can’t get more buyers for your eggs just by advertising that they’re fertilized. If you like to sell your eggs, you’ll soon find that having a rooster in the flock to fertilize the hens will be a boon to your business. Of course, if you’re looking to produce your own chicks, having a rooster to mate with your hens so you’ll get fertilized eggs is a must. Some interested buyers may even have their hens hatch the eggs themselves.

Roosters are the guardians of the flock. They are constantly on the alert for predators from the sky and the ground. If they see something that worries them, they sound the alarm, and the hens run for cover. If the predator gets close, the rooster won’t back down and will fight to the death to protect his hens. If you have chicks in the flock, the rooster will work twice as hard to make sure all his charges are safe.

If you haven’t seen a rooster do the shuffle dance for a hen, you’re missing out. An endearing move performed by a rooster as a courtship ritual, the shuffle dance involves dropping one wing while taking short little steps in front of the hen in an attempt to get her attention. The hens appear to ignore it, but that doesn’t stop most roosters from putting on a show. Some roosters even do it for their human caretakers, too, when they are excited about food or coming out of the coop for the day. In fact, first thing in the morning is when you are most likely to see the shuffle dance.

Roosters are known for their chivalrous behavior when it comes to food. Free-ranging roosters will scour the ground for delicious morsels, especially bugs. When a rooster finds something tasty, he calls to his hens. When he’s got their attention, he picks up the treat, drops it to the ground in front of himself and makes a clucking sound. When the hen comes over to see what he’s got, he picks it up and drops it down in front of her. If she doesn’t eat it the first time, he’ll do it again until she’s convinced it’s worth eating. Rarely will the rooster partake of the food himself: He will only indulge if there’s more than enough of the treat to go around.

Hens can be beautiful, but nothing is as striking and regal as a well-put-together rooster. The large comb, draping waddles and grand tail feathers of a rooster make every chicken yard look even better. This is especially true of the larger breeds, where roosters can grow to be truly magnificent creatures.

A flock of hens without a rooster is more likely to suffer from discord. Roosters protect the weaker hens in the flock from the more dominant hens and often break up fights between females. Without a rooster at the helm, a hen will try to assume the role of boss and be challenged by other hens. As a result, battles will ensue. Situations where weaker hens are bullied in a flock to the point of near death are less common when a rooster is part of the group. He will put a stop to any hen pecking.

Free-ranging flocks are less likely to wander too far from the yard if a rooster is part of the scene. Roosters keep the hens from straying away from home base by herding them back toward well-known ground when they’ve gone too far. This is the rooster’s way of keeping the hens safe from predators that could be lurking in unfamiliar territory.

Roosters create a dynamic that makes the flock more fun to watch. The personalities of the different hens come out when a rooster is with the group. Some hens will be enamored of him, staying close to him much of the time, while others will want little to do with him. In situations where multiple roosters are part of the flock, things get even more interesting. Some hens will sometimes sneak off to mate with a less dominant rooster and may even develop a preference for a rooster that technically shouldn’t be allowed to mate.

While some consider the rooster’s propensity to announce the day to be a detriment, people who love living in a rural environment wouldn’t trade that sound for anything in the world. Plus, many roosters will crow when a predator comes near the flock at night or if a stranger enters the property. They can be as effective as watchdogs in letting you know if someone unwanted is lurking nearby.

The wild red jungle fowl, from which domestic chickens descended, lives in small flocks of hens with a dominant rooster. This living arrangement is genetically programmed into today’s chickens. When you watch a rooster with his flock, you can easily see that nature designed this arrangement for a reason. The ease in which the genders live together, the way the rooster cares for his hens and even the visual balance you notice when you gaze at your flock are all a testament for keeping a rooster around.

This article originally appeared in the May/June 2016 issue of Chickens.

Understanding The ‘Trees from Seed’ Philosophy