Growing artichokes in the north is not the challenge many gardeners believe it to be. With a little effort, overwintering artichokes brings great rewards. 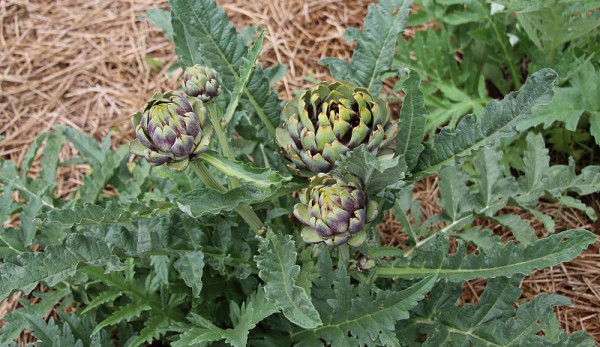 Though artichokes (Cynara scolymus) are the darling of gardeners in California and other warm climes, it’s possible for northern gardeners to grow them, too. If you want to try your hand at growing this unique vegetable, despite living in a colder climate, here are some tips for overwintering artichokes in the north.

Growing Artichokes In The North

Artichoke plants are susceptible to freezing. and they don’t typically form their edible flower buds until their second year of growth. Because of this, it’s important to start your foray into growing artichokes by selecting a hardier variety with a shorter growing season, such as Green Globe or Imperial Star. Artichoke plants should be started from seed by growing transplants indoors under lights about six to eight weeks before your last expected spring frost.

Once the danger of frost has passed, the transplants can be moved out into the garden, to a site that receives a minimum of six to eight hours of full sun per day. Mature artichoke plants can reach five feet across and the leaves are quite spiny, so be sure to give each plant plenty of room.

Choosing a protected site can offer a good bit of natural protection when the weather cools, so keep this in mind when picking a site to grow your artichoke crop. Fertilize your plants with an organic liquid or granular fertilizer throughout the growing season to keep the plants happy, healthy and growing strong. Occasionally, an artichoke plant will send up a flower stalk during its first year, but this doesn’t happen often. If you get lucky and the plant comes into flower, harvest the buds while they’re still tightly closed and long before any purple flower color is evident.

Whether you’re able to harvest chokes your first year or your second, often secondary buds develop after the initial buds are harvested. Though they may not be a large, these secondary chokes are also delicious.

Once autumn’s cool weather arrives, the next step, of course, is seeing your artichoke plants safely through the winter.

As soon as fall’s first frost arrives, it’s time to begin protecting the plants from freezing temperatures. There are three ways of overwintering artichokes in the north. Each of these methods is described below.

1. Insulate the roots with a deep layer of mulch that covers the entire plant and its root zone. To do this, you can surround the entire plant with a cylinder of chicken wire that’s about a foot wider than the plant on all sides and about three to four feet tall. Pin the cylinder to the ground with landscape pins, and then fill it with a mixture of straw and shredded leaves. Leave this heavy layer of mulch in place, over the plant, for the entire winter. Come spring, remove the mulch gradually by pulling off a little at a time over the course of two to three weeks. After the mulch is removed, the plant should re-sprout from the roots a short time later.

2. Another great way to overwinter artichoke plants is in a container. To do this, either grow your artichoke plants in containers from the start of the season, or dig up garden-grown plants and pot them into a large pot full of high quality potting soil mixed with compost when the weather begins to cool. In this case, rather than having to insulate the plants with a heavy layer of mulch, you’ll be moving the pots into a sheltered site. An unheated garage or cool cellar between 50 and 35 degrees F work great for this process. There does not need to be any light available to the plants.

3. A final option for overwintering artichokes is bare-root. This is probably the easiest ways to overwinter artichokes, and it doesn’t require much room. To begin the process, cut the plants all the way down to ground level when frost threatens. Dig the crown and root system out of the garden and gently shake all the soil from the roots. Store these bare-root clumps of artichoke crowns in a box of peat moss in a cold garage, basement or fridge. Do not allow the box to get wet or be exposed to freezing temperatures. Check the artichoke crowns for rot every six weeks and discard any that are soft or mushy.

When spring arrives, and the danger of frost has passed, plant your bare-root artichoke crowns right into the garden or into containers. They’ll sprout a short time later and, hopefully, provide you with a hearty crop of chokes.

Artichoke plants can be overwintered for many years, with each subsequent year providing a heartier harvest.