Participate in Independence This July Fourth

As you work your land, take time to recognize the events in American history that gave you this freedom. 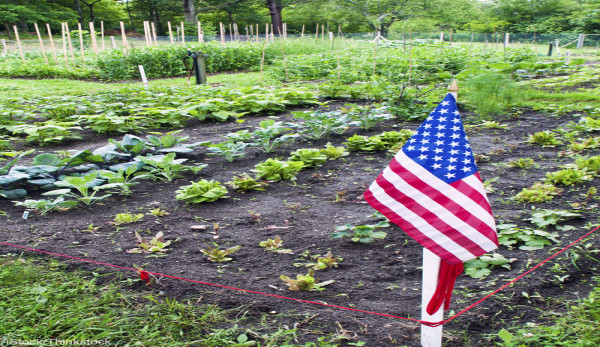 If you have small children, at some point between the watermelon, the aroma of barbecue and the sparkle of hundreds of tiny lights blazing across the night sky, you will be asked “What is the Fourth of July anyway?â€ť Many adults have their own misconceptions about this holiday, which unfortunately just adds to the confusion of a curious 7-year-old.

Before you can explain independence to a child and why we celebrate, itâ€™s important to actually read this time honored, nationally celebrated document. Sure, most of us had to read it at some point in school. I remember having to learn different sections each week until I had recited the entire piece, but Iâ€™m sad to say I promptly forgot those the words as I moved on to other academic pursuits. However, as an adult re-reading these words, I see new meaning and purpose.

Pondering History
Many of us cannot identify that one pivotal moment in time that set us on our current path in life. Maybe it wasnâ€™t one moment, but a series of small ones. But if we look at the events of the late 1700s, we can see clearly the ripple effect of declaring independence. We look at this new government trying to learn from mistakes of the past as they begin to set new guidelines in motion. Knowing that man is human and prone to mistakes, our forefathers planned for the time in which history might begin to repeat itself, as evidenced in the Constitution and the Bill of Rights.

I wonder what life must have been like during these early days. I wonder about the courage needed to stand against an invisible threat. Before GPS and radar, we could not see danger coming until it stood in our backyard. I wonder how the conversation went when deciding who would formally deliver the news to Great Britain. If it had been my boys it would have gone something like: “Paper, rock, scissors?â€ť or “Uh-uh, itâ€™s YOUR turn â€¦â€ť On the other hand, the original letter to Europe was “lostâ€ť, so maybe they were more like my crew afterall0.

Embracing Independence
Many homesteaders started down this path because they were looking for a sense of freedom and independence. They were searching for a way to be more self-sufficient; seeking a lifestyle that allowed for the induction of their own beliefs.

We all wear shackles of one form or another, and we usually want to protect our children from inheriting these burdens. So we get up early on the weekendâ€”when the rest of the world sleepsâ€”planting trees that wonâ€™t fruit until our children are grown, building fences that will keep our grandchildren safe, and in essence building a life for future generations. A life we ourselves might not see fully achieved. But we donâ€™t do it for ourselves, we do it for them.Â

Regardless of our political differences, take a moment this week to think about what it means to be free. Take a moment to thank those that fight for this freedom. Take a moment to teach a child about the history of this country. As you till your dirt, plant your gardens and build your fences, imagine what extent you would go to protect your little patch of earth. Do you take for granted the fact youâ€™re able to work your land so freely, or do you appreciate it for the gift it truly is?