Pear Trees: Not Just For Partridges

Get inspiration for your holiday table from a historical Christmas carol. 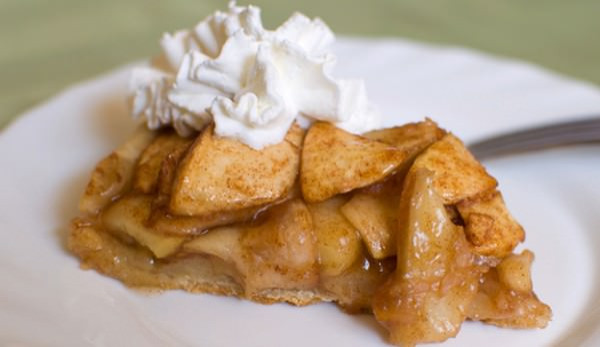 I love old holiday carols. I would much rather sing something with a bit of history than anything that is voiced by a chipmunk. One of the historically silly, nonsense songs we sing ever year is “The 12 Days of Christmas.â€ť Every year since 1984, PNC Bank has kept track of what it would cost to buy all the gifts described in the song. Last year it was $27,393.18! Iâ€™m sure this accounted for a very nice pear tree for the partridge to sit in.

Why was the partridge in a pear tree, though? It would have been more authentic for the tree to have been a juniper tree. I would have happily shared with you the medicinal importance of that tree rather than the pear, but the song says “pearâ€ť very clearly.

I donâ€™t know if itâ€™s the song or my body craving something fresh, but I find myself craving pears this time of year. I know everyone is thinking about pumpkin pie, but fall makes me think about pears. There are so many ways to prepare them in a warm dessert, but my favorite, by far, is my familyâ€™s pear pie.

The pear fruit itself can act as a diuretic, reducing water retention in the body and reducing stress on the kidneys. Eating pears can be helpful for kidney stones and bladder infections. Just as any other diuretic, this fruit is also helpful for arthritis, blood pressure and cholesterol. Some would say that it can even assist in weight loss, but this would mainly be due to temporary water-weight loss.

Pear leaves have been used in a tea as an anti-inflammatory for the prostate. The bark has been used externally as a compress to relieve the pain of sprains and strains.

Did you know that December is national pear month? Here in Ohio, the last pears are harvested at the beginning of September. Even if they are stored in optimal conditions in your root cellar and wrapped meticulously in individual paper shrouds, December is going to bring you a batch of very ripe pears that must be used before theyâ€™re lost. So, call it a touch of the festive to include the 12 Days of Christmas into your holiday meal, blame it on the health benefits, or simply make this pie because your family will love you for it!

Brush pears with lemon juice and place cut side down in pie shell, with the narrow ends toward the center.

Cream together butter and sugar. Beat in flour, eggs, vanilla and salt. Pour over the pears. Sprinkle lightly with mace.

Bake for 45 minutes or until the filling is set and lightly browned. Cool on rack for 1 hour. Before cutting, top with whipped cream. Serve day of baking, as filling may darken overnight.