While high tunnels are great for season extension and disease prevention, think twice about how they affect pests. 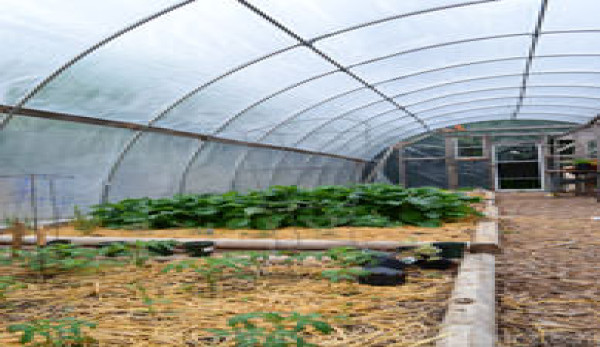 Some farmers, particularly those in northern climes where the growing season is short, look forĀ season extenders to help elongate the growing season. Season-extension tools include growing systems like cold frames, cloches and green houses. Some people growing on a larger scale might implement high tunnels, a season extender that falls on the scale somewhere between row covers and green houses. High tunnels are relatively inexpensive to build and are easily utilized by new growers.

If youāre ready to take on high tunnels to get an early start on your heirloom tomatoes, hold your sauce. While high tunnels are a great way to prevent bacterial and fungal diseases, like blight and leaf spot, which are caused by water splashing from the soil onto the plant, pests are another battle you arenāt likely to win as easily.

Hornworms, in particular, have been a bane to Ron Goldy, who has been conducting high-tunnel tomato trials for the past seven years at Michigan State Universityās Southwest Michigan Research and Extension Center. As an organic gardener, Goldy depends on the parasitic braconid wasp to control the hornworm pest, but the clear plastic of the high tunnels filter out certain light wavelengths and disrupts the parasitic waspsā navigation.

In some situations, Goldy has found that high tunnels to help control pests, but heās found the season extender is best utilized for disease prevention. “I have never sprayed for a disease on any crop I have grown,ā Goldy says. “If disease does appear, spread is minimal due to the lack of moisture and rain splash. Many insects are still a problem.ā In addition to the horn worm, heās experienced issues with tomato fruit worms, two-spotted spider mites, tarnished plant bugs and cucumber beetles.

If youāre a high-tunnel rookie, consider starting with these easier-to-grow, warmth-loving plants as recommended by Goldy: cucumbers, okra, basil, leafy greens and raspberries. While youāre still likely to encounter pests, scouting your crops often and using soft pest-control products, such as Bt, pyrethrum and insecticidal soaps, will help to keep the pest population under control.Ā