I have a Rhode Island Red. Is it true they are one of the nicest chicken breeds? And would the roosters likely end up hurting the other hens or baby chicks? —Jansen Fuller 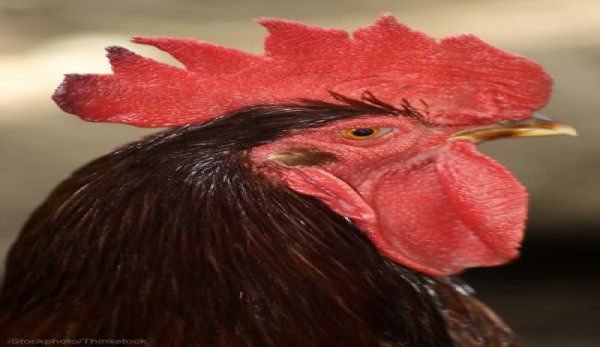 I have a Rhode Island Red. Is it true they are one of the nicest chicken breeds? And would the roosters likely end up hurting the other hens or baby chicks? —Jansen Fuller

The Livestock Conservancy—formerly the American Livestock Breeds Conservancy—lists non-industrial Rhode Island Red chickens as a Recovering breed on its Conservation Priority List and it calls the Rhode Island Red America’s best known breed and most successful dual-purpose chicken. That’s pretty high praise from those in the know!

The Rhode Island Red is an old, all-American breed developed in Rhode Island and Massachusetts during the 1880s when chicken fanciers crossed Malay, Shanghai, Java and Brown Leghorn breeding stock to create a meaty, mahogany-brown chicken that laid a lot of eggs.
One of the foundation sires of the breed was a black-breasted red Malay rooster imported from England. He’s stuffed now and on display in the Smithsonian Institute as the father of the Rhode Island Red.

Roosters rarely harm hens or chicks, though they often fight with other roosters in the flock. In fact, roosters that are aggressive toward humans usually behave badly because they think they’re defending their feathered families.

A cool thing about chickens is that there are so many breeds to choose from and there are breeds just right for every need. Want lots of eggs? Layer breeds deliver. Luscious meat? There are many breeds and hybrids developed for meat production, too. Need both? Dual-purpose breeds like Rhode Island Reds fill the bill. Old-fashioned heritage breeds? Ornamental breeds? Breeds just right to take to poultry shows? Check out this Chicken Breed References page for ideas. The breed profiles here at HobbyFarms.com and Henderson’s Chicken Breeds Chart are especially useful resources, too.

If you think Rhode Island Reds might be for you, check out the video below. Mom and I both love it!