Pig News of the Weird

From GM hogs with extra muscles to hogs hoarded to pigs that swim, our porcine friends have been receiving a rare spotlight. 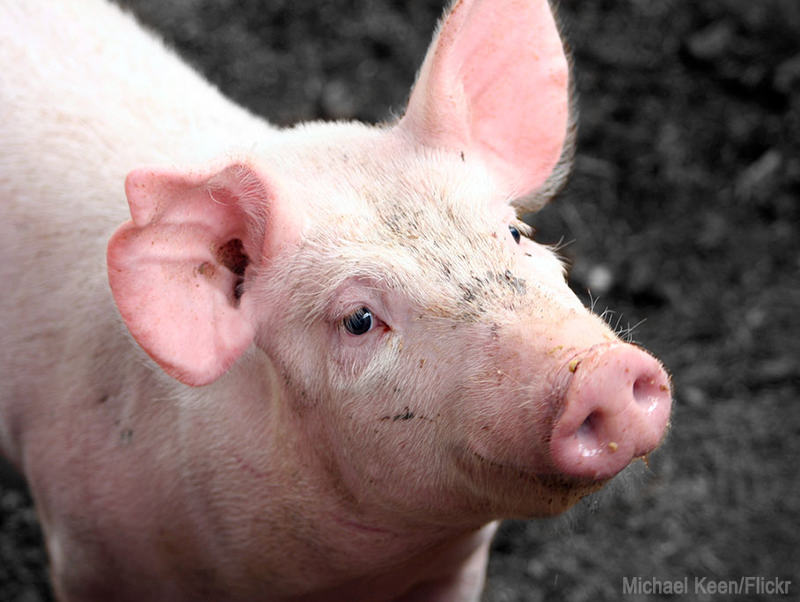 Aside from the occasional pig-virus news that jacks up pork prices in the grocery store, we don’t really hear about pigs in the mainstream media. They’re no spotlight hogs like pollinators, that’s for sure. In the past two months or so, though, they’ve picked up their share of attention in the strangest ways. 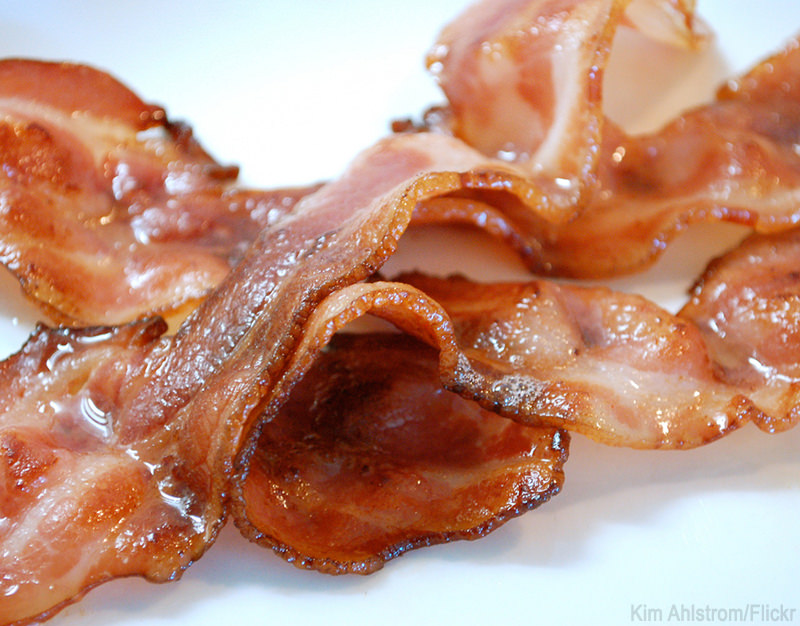 Would you like your bacon crispy, limp or genetically modified? The choice may be yours soon. There are two GM hog trials going on right now that you should know about.

In the first, British scientists are working on genetically modifying meat-breed pigs with the DNA of pigsŌĆöwarthogs, actuallyŌĆöthat are resistant to African swine fever virus, which is currently causing trouble among pig populations in Europe and has done serious damage in Africa and the Caribbean. These GM pigs are undergoing breeding trials now, and if the researchers are happy with the results, they’ll be applying for approval from the U.S. FDA this fall.

The secondŌĆöand, to me, more troublingŌĆöhog-wild GM experimentation is out of China and South Korea, where they’ve “editedŌĆØ pigs’ genes to create double-muscled pigs, thereby increasing the amount of, well, pork on the pig. Frightening-looking animals are not created through the genetic modification method that has been most often used (inserting the DNA from one creature into a different creature). Rather, their DNA code has been changed without introducing anything new. Researchers are hoping that this difference in process will make their meat products speed through the regulatory review and approval process.

Just short of flying, pigs are diving in China. I’m not a pig, so I don’t really know if pigs would like diving, but considering the pigs we raise on this farm don’t like stepping off of a raised trailer platform onto the ground (that’s why they make hydrolic pig trailers), I don’t imagine they’re going to dive off of a 39-foot-high platform into water. Still, there’s a farm in China that has turned diving pigs into an agritourism attraction, claiming their pork is leaner and tastier because of this unusual form of exercise.

Has anyone seen the movie Wild Hearts Can’t Be Broken? Even as a horse-crazy teenager, riding a horse diving off a platform wasn’t appealing to me.

Pig Hoarding is Not Cool

Back in the states, we have people who like pigs so much that they want to keep them all to themselves. In a basement. That never gets cleaned.

Let me pause the pig news here by saying mental illness is no joke. If you have or someone close to you has an issue such as hoardingŌĆöparticularly when the hoarding involves other living thingsŌĆöI so strongly encourage you to seek out assistance because it is available and it is important.

One such case of hoarding that I wish were prevented comes out of Detroit. When Gary Roquemore passed away in June, the two pigs he’d been keepingŌĆöone in his basement and the other in a warehouse filled with carsŌĆöwere well hidden. It was about a week before anyone found them, malnourished and living in feet of manure. The pigsŌĆönow named Sargent Sunshine and Corporal ParkŌĆöare living a new life of luxury at an animal rescue farm.