Choose the Right Pigs for Your Farm

Pigs can be good investments for small farms, but the best type for your operation depends on factors such as space and what cuts of meat you most want. 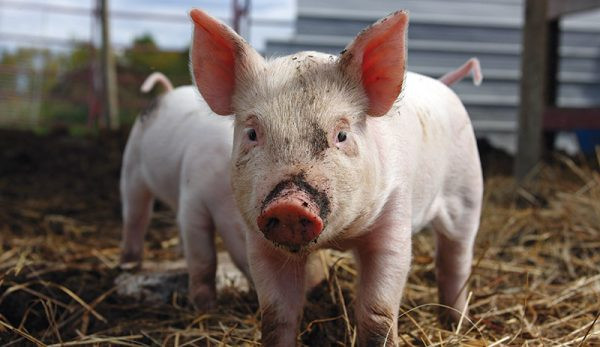 So you want a pig? I’d say you’ve chosen wisely. Once referred to as “mortgage lifters”Âť to struggling farmers for their potential profitability, pigs are some impressive livestock. Today’s small farmer can raise a hog to market weight (usually about 300 pounds) without a burdensome investment of time or resources before stocking a freezer with a season’s worth of protein. But you can’t head to the local feed ‘n’seed to pick a piglet off the shelf, and knowing what to look for in a hog requires some educated planning.

What Do You Want From Pigs?

You know you want a pig, but you should also know what you want in a pig. For starters, how do you intend to raise your new hog? This very large question can be roughly reduced to two locations: inside or outside.

If you have limited space but an available barn (for five or fewer pigs, you can get by with as little as 100 square feet per anima) you should shy away from breeds known for their foraging abilities, as they like to wander in the open sun and are good at escaping enclosures. A shelter is absolutely necessary for most white pig (Large Whites, Landraces and the cornerstone of the pork industry, Yorkshires), which are prone to sunburn and sunstroke, and they need to escape the sun. (Pigmented breeds are largely immune to sunburn.)

On my farm, we like to let our pigs out to pasture, whether a grassy area or in the woods to silvopasture, so I cotton to heritage breeds known for their ability to make the most of Mother Nature. I’ve raised Large Blacks and a Gloucestershire Old Spots, but the primary breed on my family farm is Berkshire; these pigs have a high feed conversion ratio, similar to industry pigs, but are genetically inclined toward chewing on pasture and frolicking in the sun.

I do provide twice-daily rations, too, so pigs reach market weight in around six months. Some farmers like the challenge of raising a pig purely on pasture, which can take two years and acres of pasture. If this is you, consider Large Black or Gloucestershire Old Spots, pigs with a slow growth that’s challenging for a market program but well-suited to full pasturing.

Different breeds yield different percentages of cuts, too. If you’re in it for the bacon, avoid lard pigs such as Mangalitsas or Guinea hogs in favor of a Tamworth. If you’re looking for pork chops and hams? Consider a Berkshire.

Once you’ve chosen your breed, it’s time to track down a pig. Some hogs are sold on Craigslist, and you can often find a litter listed on the board of a farm-supply store or in the classified sections of some magazines and local newspapers. You can also visit a local feed mill and ask the clerk whether any customers are selling pigs. If you live in or around an agricultural area, you can readily find a pig; finding the right pig is a little more challenging.

First, consider what’s being sold and measure that against the time commitment you’re willing to invest. Most go for weaners, piglets that have recently switched from teat to feed, because they carry the least up-front cost. Weaners are generally less than 8 weeks old, so the farmer must commit to providing food and, depending on weather conditions, shelter for a number of months (most pigs are farrowed in spring for a fall slaughter) to raise the animal to an ideal weight.

You can opt to purchase older pigs, called growers, for more money with the understanding that the cost reflects less feed necessary for the remainder of the animal’s life. Or if you just want the animal for a few weeks, you can purchase a finisher pig; these cost considerably more, but feed requirements are minimal.

Also consider the farm you’re purchasing from: Are animals raised the way you want to raise them? Do they seem well cared for? If you want to raise animals outside, it’s a good idea to buy from a seller who pastures pigs; such animals are ideally adapted to your desired situation. Even weaner pigs can carry a genetic predisposition inherited from previous generations.

So you’ve got a lead on a breeder raising the pigs you want, and you’re headed to check out the litter. How will you know whether the pig you’re considering is worth the investment?

Be mindful of certain things when you consider a specific pig; a keen eye will help you avoid trouble down the road. You can ask the seller about vaccinations and even require proof the vaccinations have been carried out, but it’s good to know a few common signs of ailments. Some evidence will be obvious, such as staggering or labored breathing, but others can be a bit sneakier.

Check behind the pig’s ears and on its flanks; if there are abscesses there or, in progressive cases, small, dark lesions on the face and/or legs, the animal might suffer from greasy pig disease, a Staphylococcus hyicus infection that can lead to death.

If a pig looks “runty,”Âť is breathing weird, carries a coat of hair or has diarrhea (which could mean other things, none of them good), the animal might have worms. If you see large bugs crawling on the skin, that’s probably lice. And check to see that male piglets are castrated; a first-time pig owner is not equipped for this task.

When you leave to check out a pig, be optimistic so you don’t have to make a second trip. Clean and set up living areas, prepare feed and water, and bring a livestock trailer. Raising a pig is a challenging adventure, and it’s good to start things right. 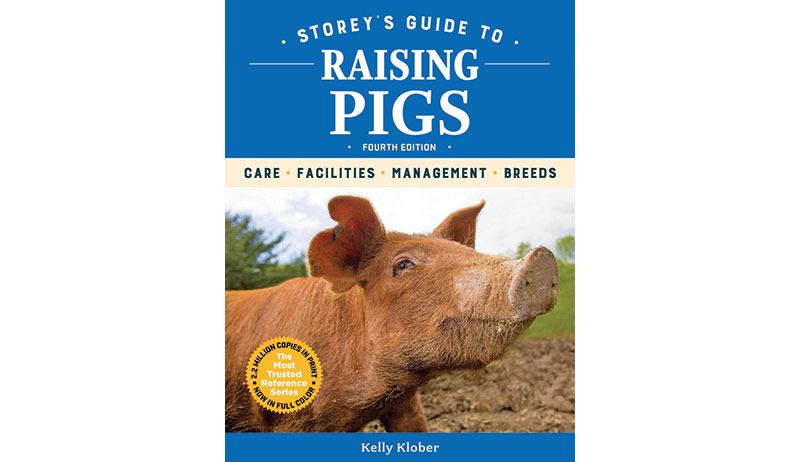 I recommend Kelly Klober’s Storey’s Guide to Raising Pigs for a comprehensive primer on porcine purchases to help you find that first pig. The fourth edition comes out in December. Here’s Klober’s advice on selecting feeder pigs. (Excerpted from Storey’s Guide to Raising Pigs, 4th Edition Ă‚Â© by Kelly Klober. Used with permission from Storey Publishing.)

Here are a few guidelines to help you with feeder-pig selection: