Pinching mums is not a difficult task, but it is a necessary one. Grow sturdier, stockier and better flowering mums with the simple practice of pinching. 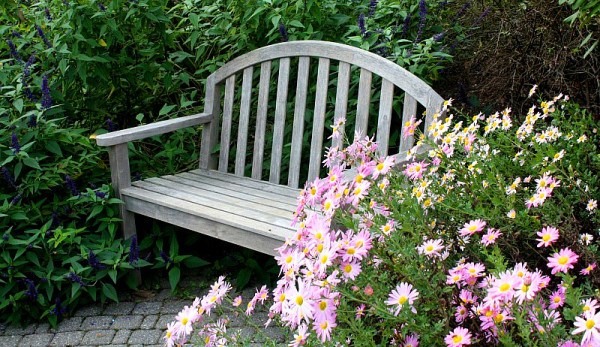 Cushion mums are common finds at garden centers and nurseries every autumn, and many gardeners who enjoy these late-season flowers as fall decor go on to plant them in the garden after the blooms fade. Though the mum varieties sold as “hardy mums” often do not survive the winter, especially in colder climes, sometimes the plants do return to the garden each spring. If you’re one of the lucky gardeners who has a returning mum every year, early July is an important time to pay attention to them. Pinching mums is a necessary chore, and it must be done sometime in June or early July. Let me explain.

Why Is Pinching Mums Necessary?

Unlike some perennial plants that, with an occasional deadheading, bloom off and on all season long, mums are one of many plants that flower only once each year. If mum plants are not pinched back to remove their initial flower buds, the plants will produce their flowers in the summer instead of the fall. Pinching mums, first and foremost, delays their bloom-time.

Another reason mums are pinched is to improve their growth structure. Pinching (as described below) removes the terminal portion of each stem. When this is done, it forces the plant to produce lateral (or side) branches, increasing the number of branches and keeping them more compact.

Pinching mums also doubles or even triples the number of flowers the plant produces. Each terminal stem portion that’s removed by pinching will develop into two new flowering branches, substantially increasing the plant’s “flower power.” If you pinch the plant twice (once in early June and again in early July), you’ll have even more flowering branches.

Pinching Mums: How To Complete The Task

To pinch back your mums, use your thumb and forefinger to snap off the terminal portion of each stem the plant produces. You can remove as many as half the total height of each stem, or you can choose to remove just the topmost growing point, if you want the plant to be taller.

If you find you can’t get a clean break by using your fingers, you can also use a pair of sharp, clean pruners or even a scissors when pinching mums.

You can either dispose of the removed stem tips in the compost pile, or root them according to these directions to grow more plants for subsequent seasons and to share with friends.

When Not To Pinch Mums

Do not pinch mums past mid-July or you risk delaying their bloom time so much that they won’t produce any flowers at all before a hard frost arrives. The further north you live, the earlier you should pinch your mums because of shorter growing season of northern climes.

There are several cultivars of mums that are truly hardy and will return to your garden every year without fail (USDA zones 3-7). These mums do not need to be pinched at all as their natural flowering time is late autumn, though pinching can help keep the plants more compact. A few common cultivars of these truly hardy mums are Chrysanthemum Sheffield Pink, VenusÂ  and Cambodian Queen. If you want mums that return every year with little fuss, these cultivars are worth investigating.