Why You Should Plant More Cucumbers in Early July

You might think July is too late to plant more cucumbers, but it isn't. Learn why planting in midsummer is a great idea in some gardening zones. 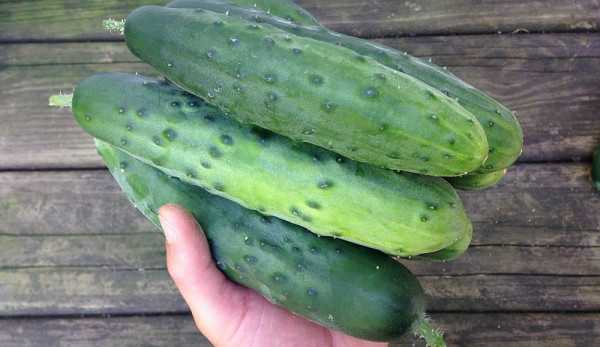 If you live somewhere in USDA hardiness zones 5, 6 or 7 and you want a bigger, better cucumber harvest, sometime during the first two weeks of July is an excellent time to plant more cucumbers.

While you might think this is too late to plant a warm-season garden crop from seed, it’s not, especially if you seek out a cucumber variety that matures in less than 55 days. Good choices include Raider, Straight Eight and Pickle Bush.

If you plant more cucumbers in early July in USDA Zones 5, 6 or 7, they’ll be ready for harvest before typically timed frosts arrive, but there is a chance that a few early frosts could strike. Cucumber vines are not frost tolerant and will need to be protected should an untimely frost occur.

To protect cucumber plants from light frosts, cover the vines with a double layer of floating row cover. This lightweight, transparent fabric rests on the plant tops, providing them with a layer of protection. Pin down the edges to hold them in place, but remove the fabric in the late morning to allow access to pollinators during the day. Be sure to cover them up at night, whenever a frost is expected.

Though you won’t have quite as long of a harvest window as you would with a spring-planted cucumber crop, if you plant more cucumbers in early July you’ll have a second harvest of this delicious, easy-to-grow crop. It’s a great way to fill garden space vacated by earlier crops, and you can even grow the vines up a trellis or fence if you’d like.