Plant Obesity: How Our Food Is Getting Bigger And Less Healthy

Cheap fertilizers and a focus on high yields mean our food crops aren’t nourishing us like they used to. 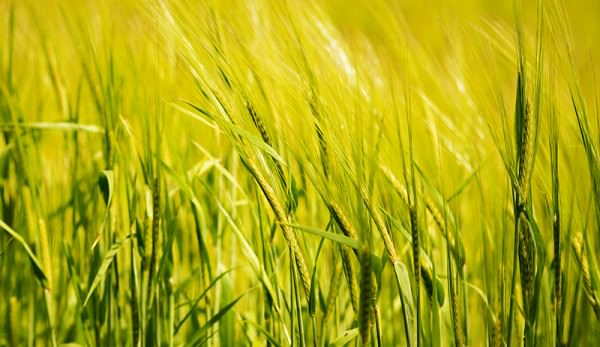 The human obesity epidemic in the United States is startling. More than 68 percent of adults are overweight or obese, compared to 30 percent worldwide. And as people grow larger, so do plants.

From 1985 through 2011, average wheat yields increased 26 percent. Hydroponics—growing plants in water supplemented with artificial fertilizer salts—are capable of increasing yields up to 20 times per acre for certain crops. These higher yields may be better for the bottom line, but are they better for people?

According to USDA data, food crops have experienced massive losses of nutritional value over time. Consumers do not have the ability to evaluate food for its nutrient density at the point of sale, resulting in forces such as marketing, convenience, profitability, appearance and shelf life driving agricultural and food markets.

Loss of nutrient density is a result of breeding for the wrong traits, but it is also a result of an artificial approach to fertility and what the great Charles Walters called “toxic rescue chemistry.” Instead of organic methods that work with natural systems, the majority of the last century of agronomy has been focused on how to increase yields and eliminate the problems that are created from the use of empty fertilizers and toxic biocides using technology and human ingenuity.

For instance, common artificial fertilizers contain as few as five elements, but plants require no less than 15, known as the “essential elements,” to grow successfully. Cheap artificial fertilizers are fast-food for plants. They may be more efficient in accomplish a rapid rate of growth and even higher yields but at tremendous cost to the soil over time.

If you have grown a tomato that resulted in a huge plant with no fruit you have experienced plant obesity. When nitrogen-based fertilizers are used to green up the lawn the increased rate of growth may be impressive, but the resulting obesity leaves no energy for the plant to grow roots and actually encourages weeds to grow and attracts pests and disease, just like in people.

The idea that bad diets for your plants actually create pest infestations or disease may sound conceptual, but it is very literal. Movies such as Super Size Me or the book Fast Food Nation illustrate the sickness created when people eat fast-food for every meal. Likewise, Dr. Phillip Callahan’s book Tuning Into Nature documents his work describing the attraction of target pests to the infrared emissions of plants, and why treating symptoms with poisonous pesticides does not solve the real problems facing agriculture.

Artificial fertilizers are not just empty, they are man-made and unrecognizable to Mother Nature and the overall ecosystem, specifically beneficial soil microbes like bacteria, fungi, protozoa and nematodes. If you boil it down to its essence, organic growing is about feeding microbes, but the microbes have to be present to be fed.

Microbes are vital to our existence, both in human health and in the soil where they cycle nutrients and make humus, or perfect plant food. Gut microbes and soil microbes may be different species, but the parallels are life; the compost pile is the gut of the landscape.

In health or in soil it is hard to overstate the importance of microbes. A 2012 study from the journal Nature titled, “Impact of the Gut Microbiota on the Development of Obesity” says this:

“The preponderance of the evidence demonstrates that germ-free mice are protected against obesity and that the transfer of gut microbes from conventionally raised animals results in dramatic increases in body fat content and insulin resistance.”

We are just beginning to understand the diversity and power of the soil food web, as we are the role of microbes in human health, but that doesn’t mean that we cannot take advantage. Source diverse soil microbes and start a compost pile or brew compost tea. Use organic fertilizers, not only because they are good for the earth, but because they result in healthier plants and feed microbes in the soil.

By choosing a natural perspective towards agriculture we can grow more using less, we can consider what the plant wants rather than what we want to get out of it. We can fight bad bugs with good bugs, we can test our soil to see what is deficient, and we can eliminate disease in our own health with good diets. The end result of this approach is healthier people, plants and planet.

The root of human obesity is actually plant obesity, but we have the power to do something about it. Our perspective drives our actions. What we think, we grow.

Evan Folds is President of Progressive Farms, a writer in many international gardening publications, and a consultant for regenerative gardening and farming methods. He lives with his wife and two children in Wilmington, N.C.