Playing In The Barn Is Good For Your Children’s Health

New research shows that what's in your barn's dust could protect you against asthma. 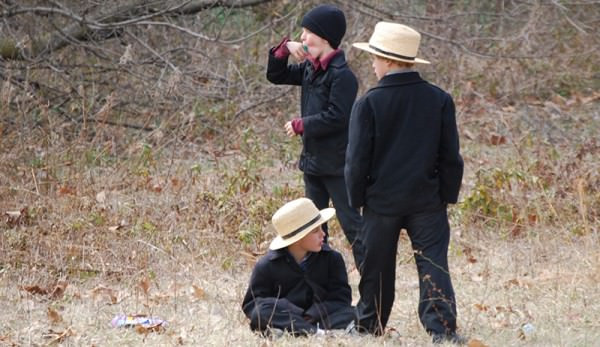 Too often kids are toldÂ by their parentsÂ to wash their hands and to not get dirtyâ€”it’s thought to be better hygiene, after all. But what if that very thing that we tell kids not to do would actually make them healthier.Â New research published byÂ The New England Journal of MedicineÂ has found just that: Kids who get dirty whileÂ playing in barns are less likely to get asthma.

To test their theory that children who are exposed to dust from cattle barns are less likely to develop asthma, the scientists exposed mice to the dust to see what would happen. Low and behold, the saw the same results they found in their human research samples:Â â€śIf we give the Amish dust, we protect the mice. If we give the Hutterite dust, we do not protect them,â€ť Dr. Donata Vercelli toldÂ NYT.Â

The Amish dust contained a certain bacteria, which in effect, immunized the Amish children against asthma. “It is not far-fetched to start thinking of how one could harness those bacteria for a therapeutic intervention,â€ť Harvard Medical School immunologistÂ Dr. Talal Chatila said in theÂ NYTÂ article.

So if you’re worried about your children getting the sniffles from being out on the farm or around the animals too much, maybe it’s time to relax a little. A little dirt not only doesn’t hurt, it can be a good thingâ€”though, we still recommend washing your hands before dinner.