Be prepared to see increasing changes both in weeds we fight, such as poison hemlock and poison ivy, and in the crops we grow. 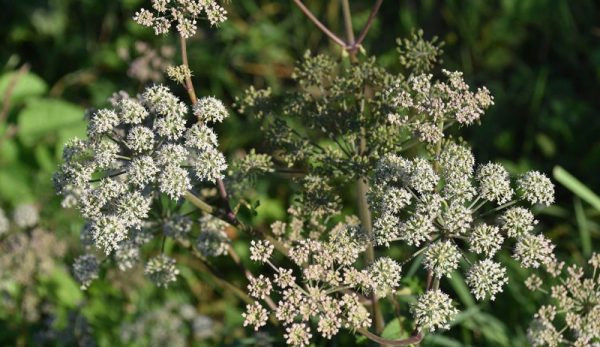 Poison hemlock, poison ivy and other nuisance plants have been gaining ground over the last several years. In some cases, they’re also becoming more potent. â€śAs the climate is changing, there’s a lot of change in migration of where a particular plant will grow,â€ť says Dr. Lewis Ziska.

Ziska is an associate professor in Environmental Health Sciences at Columbia University’s Mailman School of Public Health. He’s also the author of Agriculture, Climate Change, and Food Security in the 21st Century: Our Daily Bread. â€śI look at the plant biology parts of climate change,â€ť he explains. â€śThat’s everything from pollen and allergies to poison ivy to pesticide use.â€ť

He continues, â€śPoison hemlock tends to grow in open, sunny areas, fields, vacant lots and so forth. So, it’s fairly commonâ€”particularly in disturbed areas.â€ť

If poison hemlock follows the path that other opportunistic, invasive species have lately, it will likely head northward. In part, that’s due to warming temperatures.

However, increasing disturbances to our landscapes from wildfires, flooding and other extreme weather events also contribute to the problem.

â€śIf it’s a natural disturbance like a hurricane that goes through and removes all of the normal vegetation, that provides an opportunity for these species to come in,â€ť Ziska says.

Besides warmer temperatures and more landscape disturbances, climate change is bringing rising carbon dioxide levels, too. In some cases, that boost in CO2 has affected the toxicology and chemistry of certain plants, including poison ivy.

â€śWith poison ivy, the primary chemical that causes contact dermatitisâ€”rashesâ€”is urushiol, which is an oil that poison ivy produces,â€ť Ziska notes. â€śUrushiol basically binds with your skin cells and turns them into a foreign body that’s recognized by your immune system as being foreign. Because it’s recognized as being foreign, your body starts to attack it.â€ť

â€śWe’ve seen that poison ivy urushiol can be affected by rising CO2,â€ť he adds. â€śWe think it’s related to what’s called a ‘resource use hypothesis.’â€ť

In other words? â€śIf you provide something in the soil or in the air that’s essential for the plant to grow, then the plant will adapt to that change,â€ť Ziska says.

â€śSo, for example, if I add a lot of nitrogen in fertilizer to my backyard, then you’ll see the plants will start producing chemicals that are high in nitrogen. It’s just their way of being able to utilize that additional resource.â€ť

And when you add more carbon to the air? â€śUrushiol and other compounds that are high in carbon tend to go up,â€ť he says.

Read more: Learn to recognize poison hemlock so you can keep your livestock safe.

According to Ziska, there’s a flip side to all that extra carbon. â€ś[Plant] compounds that require a lot of nitrogenâ€”such as proteinsâ€”may start to go down,â€ť he says.

That means important dietary staples like rice and wheat could lose some of their nutritional value. To try to mitigate the problem, crop scientists could try selecting for crop varieties that don’t exhibit strong declines in protein. Planting a wider variety of crop types could also make a difference.

More noxious weeds increasingly may take hold, but you can protect yourself and your homestead. For smaller properties, you can conduct regular walk-throughs. For much larger areas, you may want to map what’s growing with the help of a drone.

â€śYou basically want to keep track of how the demographics are changing in your plants,â€ť Ziska says. â€śIf you see something new that you’ve never seen before, there’s software online now that you can use to identify it.â€ť

Once you’ve identified any new arrivals, you can get a better sense of the risks it may pose to you, your pets and any livestock.

â€śKeeping an eye on what is coming in and how it comes in is, first and foremost, the most effective means of making sure that these things don’t get established,â€ť he adds.

You’ll likely notice that some parts of your land are more vulnerable to opportunistic weeds than others. â€śIf you have marginal areas that are prone to flooding and that constantly get disturbed, that’s where you need to look out,â€ť Ziska says.

And, possibly, install a rain garden. That’s because areas with healthy, established plants are much less vulnerable to weedy takeovers.