A Guide To Poisonous Plants In The Pasture

Poisonous plants can make livestock ill or even kill them, so have a management plan to keep your fields healthy. Here are tips and common plants to avoid. 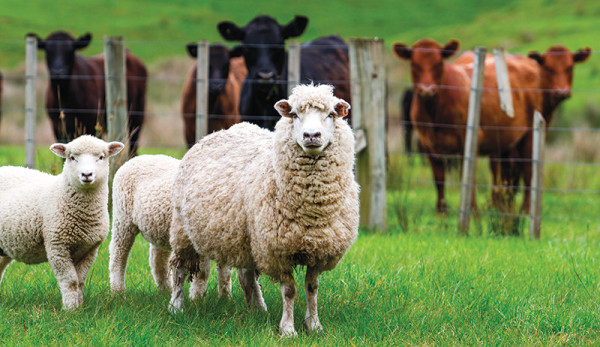 It would be nice if every plant in every pasture were¬Ýsafe. Livestock could graze in contentment, growing healthier with every mouthful. But what if those animals go off their feed, start to lose weight, mope around as if ill or die for no apparent reason? Poisonous¬Ýplants could be the cause.

The uncomfortable truth is that poisonous plants are found from coast to coast. Some vegetation is toxic enough to kill while others reduce performance and cause weakness, rapid pulse rates and general unthriftiness. Hobby farmers need to know the why, what, when and how of keeping their animals safe from poisonous pasture plants.

The good news is that not every poisonous plant grows everywhere and plants poisonous to one animal may be nonthreatening to others. The bad news is that every region has its resident bad guys, native and imported.

In addition, plant poisoning is multifactored: Hungry animals, short pasture, weather changes, boredom and flavor can all play a part. The best way to ensure that your livestock stays safe is to up your awareness of all facets and partner with your local university extension agent, conservation department, veterinarian and/or expert neighboring farmers. Fortified with area-specific guides on poisonous plants, walk your land to acquaint yourself with them up close and personal, and then make a management plan.

Most toxic growth tends to be unpalatable to livestock, but certain conditions may put animals at a higher risk for poisoning. When pasture is sparse‚Äîin early spring, during drought conditions or when it‚Äôs overgrazed‚Äîhungry stock may consume plants they normally would avoid. Moreover, overgrazing can give toxic weeds an opportunity to proliferate, killing off desirable forage as they do so. Risk for poisoning is elevated when introducing animals to new pasture, especially if hungry or thirsty, as they may ingest toxic plants without pausing to taste and avoid.

In ‚ÄúPoisonous Plants Commonly Found in Pastures,‚Äù Oregon State University extension experts point out another important factor in poison prevention: ‚ÄúPlant growth stages can influence the palatability and toxicity of certain plants, as can climate and time of year. Some plants, such as those that accumulate nitrates, can increase in toxicity after rainfall or on cool, cloudy mornings and evenings. Some plants become more palatable, while remaining toxic, after a frost.‚Äù

The article also states that many toxic plants have specific growth stages or parts that are most toxic. Tall larkspur (Delphinium occidentale), for example, becomes most palatable and most toxic while it flowers. Utah State University Extension says tall larkspur ‚Äúprovides fair to good forage for sheep and some wildlife. It‚Äôs palatable to cattle even though other plants are available. Horses seldom eat it. Tall larkspur is poisonous to cattle until after blossoming. It contains alkaloids, which act on the nervous system. Death may result following paralysis of breathing; bloat is common. Seeds are the most poisonous part of the plant.‚Äù

Understanding the conditions under which plants are most harmful and avoiding grazing pastures when they are most toxic will greatly reduce the chances of poisoning.

In Plants Poisonous to Livestock for University of Minnesota Extension, educator Lisa Axton and extension dean Beverly Durgan advise that animals may also inadvertently eat certain plants as they graze. ‚ÄúA notable example of this is water hemlock,‚Äù they write. ‚ÄúThis plant emerges in wet areas, which are the first to become green in early spring. Animals eager to eat the fresh young grass may accidentally bite off the crown of this plant with fatal results.‚Äù

Even nonpoisonous weeds can be rendered accidentally dangerous. For instance, herbicides can cause toxin problems. Also, some poisonous weeds become tastier with the application of these chemicals. The better they taste, the more consumption of the treated weeds is likely, which can accumulate in the animal to unhealthy and possibly lethal levels. Herbicides may also drift onto adjacent, acceptable forage during application, increasing consumption levels as well. To avoid toxicity issues when herbicides are employed, read product labels carefully to understand the chemicals present and quarantining the pasture until treated plants have died.

Nitrates are another potential poisoner. Certain plants accumulate high concentrations of nitrates under drought stress or as a result of nitrogen fertilization. Common offenders are sorghum-Sudan grass (the No. 1 nitrate poisoner of cattle and sheep in Minnesota), followed by corn and weeds, such as redroot pigweed and lamb‚Äôs-quarters, according to University of Minnesota Extension.

Besides the evident chemicals in herbicides we might apply ourselves, oak and maple species produce gallotannins. Sorghums and chokecherries harbor cyanide. Glycoside hangs out in nightshades and cocklebur plants; cicutoxin, in water hemlock; and alkaloids, in poison hemlock.

Just as poisons vary, levels of toxicity vary, too. A mere bite of some plants can be fatal, where others require the animal to ingest 4 to 5 pounds of leaves before reaching toxic levels. And, of course, each chemical creates specific symptoms. For example, some cause photosensitivity while others cause seizures and death.

Go On The Offensive

Clearly, the best defense against plant poisoning is to be proactive. ‚ÄúThe key to avoiding problems with poisonous plants is proper identification and avoidance of these plants,‚Äù writes Axton and Durgan. ‚ÄúBecome familiar with the plants that can cause problems. Examine pastures, hayfields, roadsides and fencerows for poisonous plants.‚Äù They also advise that in a drought year or when feed is short that farmers and ranchers take extra precautions to look over new areas planned for grazing or haying, such as roadsides, wooded areas or sloughs. In addition, they list the following preventative practices.

While there are a lot of poisonous plants out there, most of us rarely have to deal with them. Again, the best defense against poisoning from plants is to know which ones grow in your part of the country. Get so you can identify them by sight, research how best to eradicate when possible and curtail when not.

In addition to assistance by university extension offices and local conservation agents, area veterinarians and veteran farmers/ranchers are typically great sources of information on which plants you may have to watch for in your specific region. To launch your research, here are five of the more serious offenders. 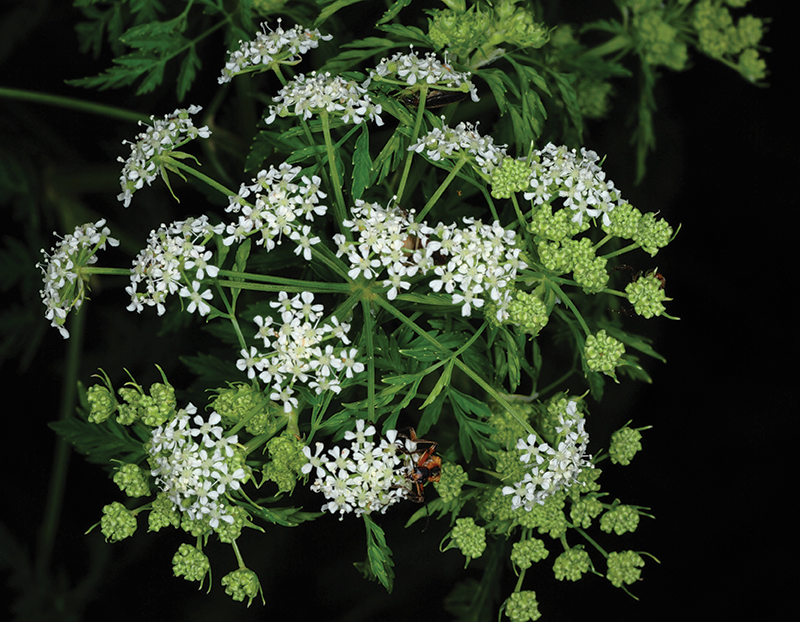 Toxin: gallic acid (Red Maples are most toxic, but other species can also poison horses.)

After learning about villainous plants lurking in our fields, stream bottoms or woodlots and the havoc they can wreak, it can seem inevitable that your animals will meet their demise via toxin overload. The truth is kinder: Even though poisonous plants are more plentiful than we would like to think, incidents of livestock poisoning are relatively low, and with competent grazing management and eradication practices, we can lower those numbers pretty close to zero.

This story originally appeared in the July/August issue of¬ÝHobby Farms¬Ýmagazine.