The big news this week is the little jar full of red poppy seeds that I’ve collected. 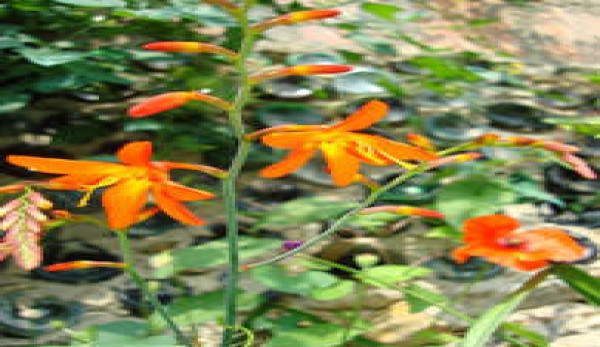 The big news this week is the little jar full of red poppy seeds that I’ve collected.

Even though I had to cut out huge swaths to make way for the trombette vines, there were a fair number of big red poppy plants remaining, and they all produced a crop of the odd little seed pods.

At first, I carefully harvested the seed pods one at a time and cracked them open to collect the seeds on an open newspaper.  The seeds are black, and about the size of a period on a printed page. I accidentally knocked one well-laden plant against a clean bucket and was surprised to see that a whole bunch of the little black seeds had fallen into the bottom of the bucket.

At that point I changed my harvesting methods and started just knocking the groups of seed heads against the inside of the bucket.  After harvesting the seeds, I uprooted the dry plants and scattered them along one side of the garden where I’d like poppies to grow next year.  I’m sure there will be enough seeds remaining in the plants to seed the side ground easily.

To separate the seed from the chaff, I poked tiny holes in the top of a baby food jar.  I filled the jar with the harvested mix, which included a lot of seed capsule parts and a bunch of bugs along with the dark streaks of seeds.

By using the perforated cap, I could then shake the upside down jar, and what came out was almost completely clean seeds.  There are some really small capsule pieces in with the seeds, so the final mix isn’t perfectly clean, but it makes a pretty impressive pile nonetheless.  The first photo shows my seed cleaning equipment and one of the small piles of seeds.

The end result of my poppy seed harvesting was half of a small baby food jar full of poppy seeds, which is really an awful lot of poppy seeds.  I can make up little seed packets to give to a bunch of my friends and still have enough left over to seed whatever large area I decide should have a riotous rep poppy show next spring.  I love the power.  I think I’ll ask my wife to use some of the seeds to decorate some muffins, just because I can.

The second photograph this week shows some flowers of Monbretia, (Crocosmia x crocosmiflora), the man-made Crocosmia hybrid from South Africa that has now become a beautiful weed in many parts of the world, including my garden.

One rarely sees Monbretia for sale in nurseries these days, but it’s a tough little plant that spreads easily and survives just on the fringes of polite gardening.

I had to remove several established clumps of Monbretia last fall to make way for the new terraces, but I’m happy to see that the bulbs which I had moved to new locations are mostly doing well, and they are now lighting up the garden with their bright orange flowers.