Porcini mushrooms are fairly easy to cultivate and harvest. 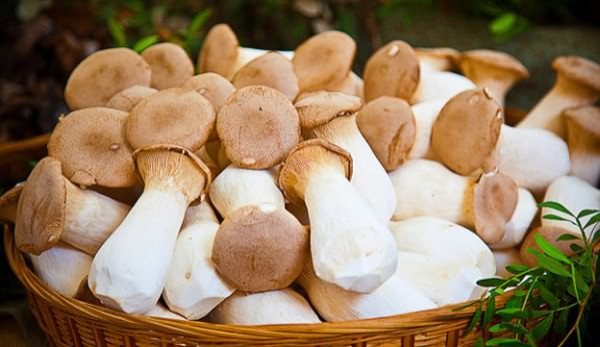 When I was growing up in California, I knew one kind of wild mushroom I felt safe eating, and I would eat it raw as a snack during my wanderings. I identified it by sight and smell. I suppose if I found that same mushroom now Iâ€™d put it in salads and probably try it in a spaghetti sauce. A bit later, I learned about how one of the fungi that grew on dead trees was also safe to eat, which was very much like a beefsteak. I would fry it in butter, and it was delicious.

Mushrooms are viable crops for small farmers, both from the standpoint of collecting wild mushrooms and also from the cultivation. Some of the most notable new-style, small mushroom farmers do both, and derive significant portions of their income from collecting and cultivating their mushrooms.

Best of all, those in the United States can enjoy their own king of the mushrooms â€” morels. Morels grow all over the place in general, but mainly in the more northerly forests. These mushrooms make themselves predictable by fruiting much more heavily after a forest fire. Some readers may remember that, in 1991, the year after a huge fire in Alaska, commercial mushroom collectors flocked there in droves in scenes reminiscent of the California Gold Rush, and many millions of dollars worth of morels were harvested from the recently burned areas.

In general, farming white, button mushrooms is declining, but the cultivation of many other types, including shiitake and oyster mushrooms is expanding, because the new growers are growing anything but the white, button Agaricus species.

The most exciting news in mushroom cultivation might be the relatively new, low-tech methods in farming, including using heat from wood fires as the principal disinfectant. It is possible for the poor in rural areas to cultivate mini-mushroom crops, which can provide money for the family when sold, and perhaps more importantly, add protein to the familyâ€™s diet. The exciting mushroom cultivation news for the upper class might be the fact that a number of nurseries in France and Italy now sell trees inoculated with truffle mycelium. In fact, the most exciting news might be that some types of truffles grow wild in the United States, those truffles such as the delicious pecan truffle often thrown away by pecan growers for some ignorant reason.