Build a potager garden and enjoy fresh, delectable food just steps away from your kitchen. 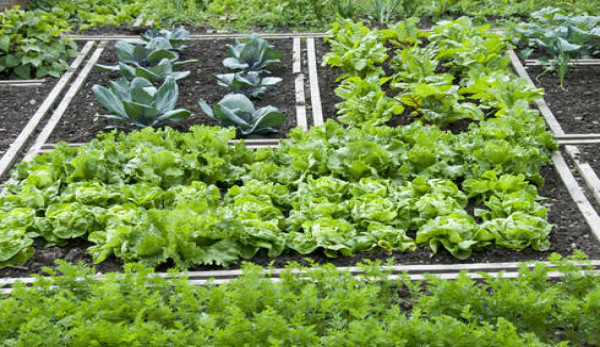 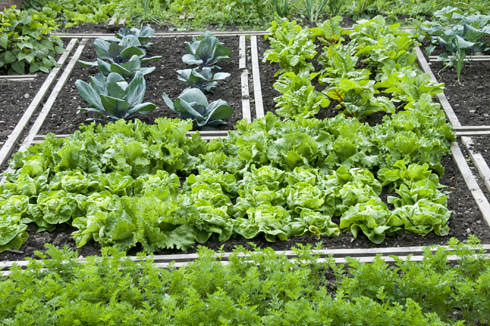 A good cook‚Äôs secret is to have the freshest ingredients on hand. So nothing is better than creating a kitchen garden, or jardin potager, which means ‚Äúfor the soup pot‚Äù in French, close to the house. Potagers have been around since before medieval times, yet are gaining popularity today as modern cooks want freshness and convenience.

She contrasts this with the results of English landscape movement. ‚ÄúIt no longer became fashionable to see the kitchen garden from the estate; they hid it. It‚Äôs had disastrous culinary results.‚Äù

For her research, Bartley spends time in France studying their history and design. She sees first-hand that they‚Äôre as beautiful as they are practical, and describes some of them as an edible quilt, created by a patchwork of astoundingly attractive textures and patterns.

The traditional concept of a potager has solid roots in the monastery gardens, and the influence is evident throughout Europe. For example, the German four-square gardens come from the classic cloister garden most likely from when Charlemagne created his empire through France and into Germany.

‚ÄúThat four square is very typical of Renaissance gardens,‚Äô she says. In 1678, King Louis XIV commissioned a 22-acre kitchen garden built replete with a water feature in the center as the epitome of practical opulence. There‚Äôs no argument this stunning design rivals any stuffy, inedible landscape.

Besides a revival in peoples‚Äô interest to grow their own food, an increasing number of gardeners strive to raise the best produce possible to enhance their cooking. Creating a kitchen garden is the best way to ensure it.

Bartley notes, like many of our English ancestors, Americans often locate their garden out of sight. ‚ÄúWe tend to build them at the remotest part of our property. You go out to the garden, and it‚Äôs a distressing place.‚Äù

Being out of reach often results in neglect. It‚Äôs hard to haul hoses and tools out to the spot after arriving home from a long day at work or shuttling kids. Any gardener will tell you how fast the weeds seem to grow when you don‚Äôt look at the garden for a few days.

‚ÄúLet‚Äôs bring it close to the house, and bring it where we can see it,‚Äù she says. When it‚Äôs part of our daily lives, the ‚Äúwork‚Äù involved isn‚Äôt insurmountable.

‚ÄúI‚Äôm convinced a maintenance issue is a design issue,‚Äù comments Bartley. ‚ÄúWhen you see the weeds daily, it doesn‚Äôt become a monumental chore.‚Äù It‚Äôs much easier to step outside into the garden, and spend a few moments tidying up an area than trudging to the farthest corner of your yard.

You also want it to be a pleasant place to be. Bartley says, ‚ÄúThe kitchen garden has this connection of being an oasis.‚Äù Picture the Garden of Eden or the lush gardens of the Persian kings.

To create this special place, Bartley recommends some sort of enclosure, whether it‚Äôs a picket fence or well-placed shrubs. And the good thing is these utilitarian shelters can add to your edible bounty if you choose varieties that produce fruit, as well as a sense of privacy.

Depending on your climate and soil conditions, consider planting currants, Nanking cherries, American cranberries, gooseberries, blueberries or Rugosa roses instead of the standard arborvitae or lilacs in the landscape. Not only do they provide delicious fruit, but many of them have surprisingly beautiful flowers in the spring.

You can even make your walls work for you, particularly if you have limited space. Install trellises to create a cozy feel and also use them to grow squashes, cucumbers, beans or peas up them to save precious square footage. Another classic touch is adding an obelisk to the center of a bed creating vertical interest while training edible plants to grow up instead of out.

Choose raised beds, or at least blocks of gardens, to create a very practical gardening layout. Make them 4 feet wide, at the very most, so you can easily reach across them, and long enough that you won‚Äôt be tempted to cheat and step into the garden.

‚ÄúI love the grid,‚Äù says Bartley. They‚Äôre easy to maintain, and simple to plan in order to rotate crops, no matter the size of the garden.

Even the most common edible plants are surprisingly beautiful. ‚ÄúFlat-leafed parsley is a big favorite of mine,‚Äù says Bartley, ‚ÄúI have a four-square garden, and I edge with it.‚Äù

Red bore kale is eye-catching, and holds interest well beyond the warm months. Bright Lights chard isn‚Äôt called that because it‚Äôs dull. The gold, hot-pink, red and orange stems make it as charming on the table as it is in the garden, and there are plenty of other varieties in brilliant hues. There are also the dozens of lettuce varieties can be used to create patterns without a garden bed. Think of this as painting with plants.

Even peppers and tomatoes come in so many colors and shapes that planting them in creative sequence can make them appear like jewels in the garden. Whether you grow a variety of mini bell peppers that ripen in a delightful array of color, or the biggest chocolate-hued tomato, they‚Äôre sure to create interest. And don‚Äôt forget the deep-purple or cheddar-orange broccoli as conversation starters.

Bartley also encourages gardeners to use plants that bring in the beneficial insects. Use plants with clusters of tiny flowers such as dill, fennel, yarrow and similar plants. Brightly colored calendula and tangerine marigolds are also favorites of the good bugs.

While potagers are primarily for kitchen use, Bartley doesn‚Äôt shy away from planting a few inedible flowers simply because they‚Äôre pretty, smell delightful and are equally useful in attracting beneficial insects. Sweet alyssum is one she likes to use as a low-growing edge plant. For taller statements try cosmos or Perovskia.

There are no hard and fast rules when it comes to planting a potager. The key components are keeping it close to your home so it‚Äôs easy to reach; plant what you use and what is beautiful. And most of all enjoy it.