With proper precautions, you can minimize damage to poultry, livestock and pets without disrupting the balance of nature. Here are facts on common predators and the clues they leave. 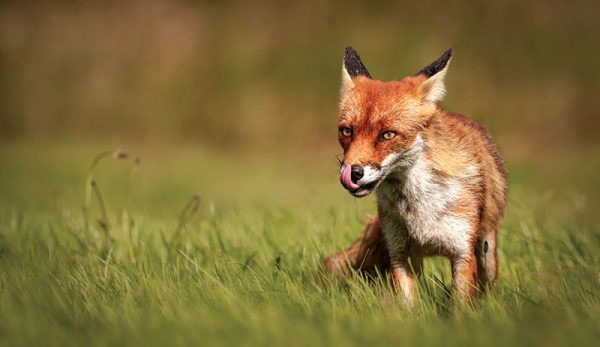 Varmint war stories‚Äîwe all have them. For me, it was the time our 15 Barred Plymouth Rock pullets had just begun to lay. I went out to gather eggs one morning and found six headless corpses with little else consumed. Or the time I stepped out the door and flushed a hawk from the outdoor run after it had snacked on a laying hen. Then there was the time a fox or coyote‚Äîstill not sure which‚Äîran off with my sister‚Äôs cat. While most of us won‚Äôt have to deal with larger predators‚Äîcougars, wolves, bears‚Äîpredation down on the farm is an ongoing issue. Here are protection strategies you can use against five common farm predators.

When we think of varmints, we don‚Äôt usually think about dogs. But anyone who has watched helplessly as their neighbor‚Äôs dogs chased their cattle, horses, sheep, goats, chickens and anything else that will run knows that dogs can be a real problem.

Certain breeds, especially, have highly developed predator instincts. Of course, part of the problem with predatory dogs is that usually someone else owns them. People find it incredibly difficult to believe that their beloved pet is terrorizing their neighbor‚Äôs stock.

Domestic dogs and feral dogs often range in packs and do extensive damage once they begin to attack livestock. ‚ÄúDog packs often harass livestock and persist in chasing injured animals for as long as several hours,‚Äù according to ‚ÄúAddressing the Consequences of Predator Damage to Livestock and Poultry,‚Äù written by extension specialists at the Virginia Cooperative Extension. ‚ÄúFences damaged by livestock attempting to escape, exhaustion, injuries, weight loss, loss of young and abortion are common consequences of such attacks.‚Äù

In Virginia, animal owners can legally shoot dogs that kill their stock; this is true in many other states as well. But doing so also kills any chance of a good relationship with the neighbors who own the dogs.

Predator No. 2 is the ubiquitous coyote. Coyotes, with their haunting chorus in the night and quick, furtive lifestyle, are important in the food chain to help control rodents and other small game.

Coyotes are opportunists, as hunters and scavengers, according to Russell Link, urban wildlife biologist. He writes in ‚ÄúLiving with Wildlife in the Pacific‚Äù that coyotes eat wild species but are known to eat pet food, garbage, garden crops, livestock, poultry and pets (mostly cats).

Coyotes dig and jump, so a fence needs to be at least 4 feet tall with net wiring openings small enough (3 to 6 inches) to exclude them. Confine small animals or make sure they can retreat into a safe area.

Shooting coyotes is legal in most areas.

The red fox (pictured at the top of this post) is most common, with the gray fox running second. Whatever their color, you can count on stealth, agility and targeted predation of rabbit-size and smaller animals. Around the farm, poultry is often a fox‚Äôs meal of choice. These intelligent adaptive predators can climb surprisingly well, are efficient diggers and can fit into holes as small as 4 inches in diameter.

‚ÄúDens may be located close to farm buildings, under haystacks or patches¬Ýof cover, or even inside hog lots or small pastures used for lambing,‚Äù they write. Removing or reducing possible den sites can help control fox populations.

Install a wire roof on any outside run or coop. Phillips and Schmidt suggest a 3-wire electric fence with wires spaced 6, 12 and 18 inches above the ground.

It‚Äôs legal in most states to shoot foxes that prey on livestock. Check with your county extension agent.

Raccoons wear that bandit mask for a reason: They eat anything they can get their skillful little paws on: poultry, eggs, garbage, corn and more. Because they‚Äôre so cute, some people make the mistake of leaving food out for them. This makes them aggressive, as they become accustomed to humans, and it can cause a population boom.

Remove friendly habitat where raccoons might den, don‚Äôt leave cat or dog food accessible, and make sure the lid is on the garbage can. Similar to fox-proofing, secure chicken coops and runs by burying the wire fencing and putting a ‚Äúlid‚Äù on open runs. Often an outside dog will help keep raccoons out of the corn patch, though they‚Äôre less effective when it comes to keeping them from invading the henhouse.

It‚Äôs legal in most states to kill predatory raccoons.

Hawks (one of which is pictured above) and owls of various species are swift, silent and efficient predators. In ‚ÄúHawks and Owls,‚Äù extension wildlife specialists Scott Hygnstrom at the University of Nebraska Lincoln and Scott Craven at the University of Wisconsin state that most raptor depredation problems occur with free-ranging farmyard poultry and game farm fowl.

‚ÄúChickens, turkeys, ducks, geese and pigeons are vulnerable because they are very conspicuous, unwary and usually concentrated in areas that lack escape cover,‚Äù they write, also noting that confined fowl that are chased by raptors will often pile up in a corner, resulting in the suffocation of some birds. Reproduction might also be impaired in some fowl if harassment persists.

Because all raptors are protected under the federal Migratory Bird Treaty Act, Hygnstrom and Craven advocate the ecological and environmental benefits that come from a healthy balance of raptors in the food chain, urging farmers to consider that the benefits might outweigh the economic damage. Should raptor removal be needed, request the permits to do so and recruit the help of your local fish and game department.

If you have a farm, predators will come. They don‚Äôt know they‚Äôre predators. They‚Äôre just living their lives. But with the proper precautions, you can minimize damage to poultry, stock and pets without disrupting the balance of nature.

This story originally appeared in the May/June 2018 issue of Hobby Farms.