5 Groups of Predatory Beetles Found on the Farm

Predatory beetles are helpers in the garden, consuming many different pest insects. Learn how 5 groups work as well as some of their identifying factors. 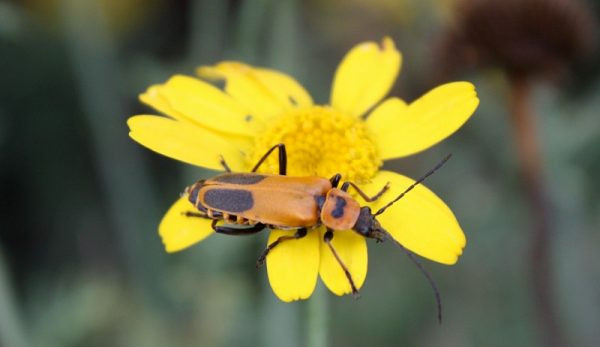 Describing the thousands of species of predatory beetles found on a farm would require volumes. But learning the basics of identifying a few main groups of these insects and understanding the role they play in helping you control pests is an important step in the right direction. Predatory beetles provide an incredibly valuable service to farmers by consuming scores of different pest insects in fields and gardens. There are five main groups of predatory beetles that are common all across North America, and they have an incredible diversity of physical attributes.

Also known as leatherwings, there are some 470 different species of soldier beetles in North America. As adults, all species have soft, leathery wings, fly well and serve to pollinate various flowering plants. Larval soldier beetles live in leaf litter and under rocks, logs and debris. Larvae feed primarily at night and are fast movers with large, grasping jaws that capture insect eggs and prey insects including grasshopper eggs, caterpillars, aphids, mealybugs and others. Adults consume nectar, with many species also eating aphids and other insects.

Both adult and larval soldier beetles can exude foul defensive chemicals to aid in their protection from other predators. In the eastern U.S. the orange and black Pennsylvania leatherwing is a common sight while the brown leatherwing is more common in the West.

This family has the honor of being one of the largest family of beetles in North America with over 3,000 species. A distinctive feature of most rove beetles are the short wing covers that leave their segmented abdomens exposed. When threatened many species of rove beetles curl their abdomen upwards in a scorpion-like fashion. No need to worry, though, as these beetles have no stinger. They are generally brown to black in color and measure 0.08 to 0.78 in. in length (though some species can reach much larger).

Rove beetles are predatory beetles that consume insects that feed on decaying organic matter. They commonly consume slugs, snails, ants, termites, root maggots and many others. They are found in plant debris, in manure and compost piles, under stones and in woodlands. Their fast-moving larvae feed on the same prey by capturing them with sickle-shaped jaws.

Unless you garden at night, you’re not likely to encounter these predatory beetles on a regular basis even though they are very common. The 2000 plus species of these nocturnal predators are found under logs and rocks during the day but come out at night to scour the soil surface for prey. They are highly variable in size and habit, but both adults and larvae hunt at ground level and commonly consume mites, snails, earthworms, slugs, caterpillars and lots of other insects.

Ground beetles can eat more than their own body weight in prey insects each and every day. Once prey has been captured, the beetle regurgitates digestive fluids to soften their prey before consumption. Most species are shiny and black and have rigid, grooved wing covers.

The most beautiful of the predatory beetles, the 100 plus species of tiger beetles found in North America come in an array of colors and patterns. While black is certainly a common color, so is brilliant purple, deep red, iridescent green, shining blue and bright yellow. Some species are spotted or patterned while others are solid colored. All tiger beetles have long, thin legs (perfect for running in short, fast bursts), an elongated body and a head with pronounced eyes. On most species, the head is wider than the body. Body lengths range from 0.27 to 2.75 in. with only a few species falling at the extremes.

Adult tiger beetles capture their prey with long, thin mandibles. Digestive enzymes are then used to partially digest the prey before it is mashed by the mandibles and consumed. Unlike other predatory beetles, larval tiger beetles reside in open cylindrical borrows in the ground. These slender, white grubs position themselves in the burrow with their head blocking the opening. When an unfortunate prey insect happens by, the larva extends its body and reaches out in a back flip to nab lunch. The prey is then dragged into the burrow and quickly consumed.

Lady beetles are probably the most recognizable of all the predatory beetles. There are over 480 different species in North America and almost all of them are predators of various soft-bodied insect pests. Both ladybug adults and larvae are predaceous, but not all ladybug species are red with black polka dots. Ladybugs can be brown, yellow, cream, orange, black, gray or pink. They can have lots of spots, spots that meld together or no spots at all. They can be striped, banded or mottled. They can even have blue eyes.

Ladybugs eat insect prey such as aphids, scale, mites, mealybugs, small caterpillars, insect eggs and pupae, whiteflies, mites and psyllids. Most species overwinter as adults, hiding in tree bark, natural crevices and structures. Only the introduced multicolored Asian lady beetle is known for its nuisance habit of overwintering in homes.