Brandelyn Tafoya of the Pacific Northwest venture tells us how the Covid-19 pandemic prompted her to take steps to secure her family's wellbeing. 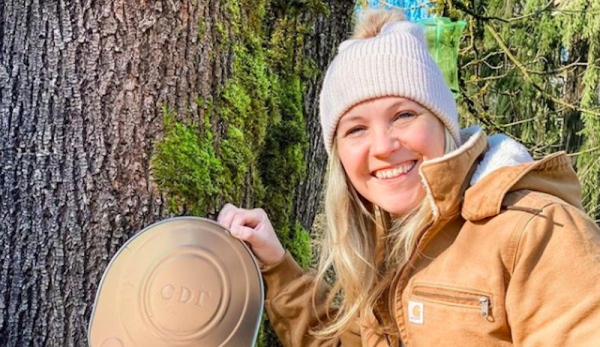 Brandelyn Tafoya and her family purchased a farm in the Pacific Northwest 15 years agoâ€”but it was when the COVID-19 pandemic hit the state of Washington last February that she really stepped up and embraced the idea of utilizing the land to “take some control back in an uncontrollable situation.”

“It started when I tried getting new chicks from the feed store as I would normally do each spring and there was a three-week waitlist,” recalls Tafoya. “Immediately the entrepreneur in me kicked in, and I filled both of my incubators with eggs and started hatching chicks.”

By the end of summer, Tafoya’s Pivot Farm had successfully hatched and sold over 700 chicks. She also added goats, turkeys and pheasants to the venture, along with revamping her garden area to maximize fruit and vegetable crops.

We spoke to Tafoya about preserving produce and sprucing up old barns. We also got the scoop on her love of growing squash.

What’s in a Name?

Tafoya says that she and her husband chose the name Pivot Farm for their homesteading adventure to represent their ability to stay adaptable.

“I am an entrepreneur, and my husband [Joe Tafoya] also became one after he retired from playing NFL football for eight years,” she explains. “Together we have started many businesses. Some of them have been failures and some wildly successful. We have gone through a lot on our journey together, but we have learned to embrace the ability to pivot.”

She adds, “The word pivot has become very meaningful for us. So it was only fitting that we name our farm using it.”

Canning and Preserving for Winter

Food projects play a key part in the running of Pivot Farm, especially during the colder months. Tafoya says that canning and preserving the harvest is one of her favorite tasks.

“But the upcoming project I am most excited about is tapping our maple trees to make maple syrup! January is prime start time for that, and I got all the supplies for Christmas.”

“Our pumpkin and squash patch has been pretty epic for the last five years,” says Tafoya, spotlighting one of Pivot Farm’s essential crops.

“It all grows from our manure and compost pile. We affectionately refer to it as our Poo Pile Pumpkin Patch. Each fall we would toss all of our rotten pumpkins out there, and then they come back the next year! I literally do nothing but cover them with more compost from cleaning the barn.”

When it comes to utilizing the pumpkin haul, Tafoya says she’s a fan of using the gourds to decorate the farm, along with making and freezing puree for future pie and muffin batches.

Getting Into Barn Renovation

Pivot Farm includes a barn that Tafoya has turned into an eye-pleasing centerpiece of the property.

“The one thing I have learned is that a fresh coat of paint changes everything,” she says when asked about tips to fancy up an old barn. “Our farm has white paint that has single-handedly turned my house and barn into my dream!

“I got some funny looks when I told people I wanted to change everything from dark grey and green to all white. But now everyone that comes over says it’s unrecognizable in a good way. And it’s actually easier to keep looking nice, because if it gets dirty you can just slap some more white on it without worrying about matching colors!”

Providing Security for the Family

The COVID-19 pandemic pushed home to Tafoya the importance of being able to provide directly for her family. That’s a life lesson she wants to pass on to her kids.

“The amount of things I have learned how to do this year alone are innumerable, and I have no intention of stopping,” she says as she casts an eye back over 2020. “I want my kids to grow up with all of this knowledge as second nature so that they have this same sense of security for their families someday as I do.”