Rare Livestock Breeds Are Worth Preserving

Are you considering trying something new on the farm? What about preserving an endangered livestock species of cattle, pig or sheep? 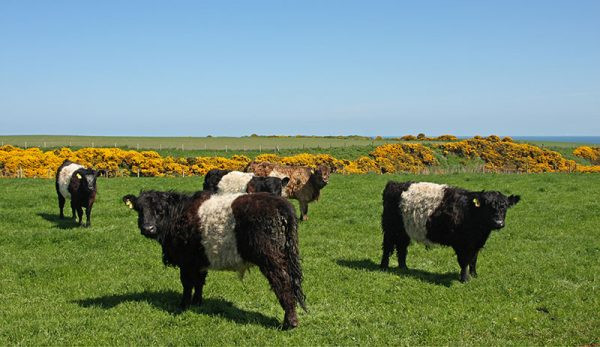 When most Americans think of dairy cattle, the black-and-white Holstein usually comes to mind. When they think beef, Angus is a common answer. Popular horse breeds mentioned include the Quarter Horse and Thoroughbred, and typical sheep breeds are the Dorset and Suffolk. But what about rare breeds of livestock and chickens?

The Livestock Conservancy was organized in 1977 to preserve rare breeds of livestock in the U.S. Although having the bragging rights to raising a rare breed of animal can be reason enough for some people to pursue this hobby, the primary reason such a conservancy exists is to help preserve biodiversity.

When most people think about species extinction, animals such as the elephant, cheetah and mountain gorilla tend to come to mind. Usually, the thought of a farm animal going extinct just doesnâ€™t register, and itâ€™s certainly not as glamorous. However, preserving threatened livestock breeds has become a global concern. The Food and Agriculture Organization within the United Nations reported in 2006 that 20 percent of the worldâ€™s 7,600 livestock species were at risk of extinction. Thatâ€™s a huge part of the gene pool.

How exactly, then, do livestock species go extinct? Some, like the Santa Cruz sheep, were purposefully eradicated. Almost. The Santa Cruz breed lived only in the Channel Islands National Park off California, and in the 1980s, eradication attempts were made in an effort to protect the parkâ€™s flora. The sheep population dropped from more than 21,000 to about 40. Fortunately, this is a fairly extreme case. A more common reason for dwindling numbers is simply competition. The common breeds of todayâ€™s livestock are the highest producers of whatever they are used for: namely being the best milkers or having the biggest muscling for meat. If a farmer has a limited amount of land, to make a living he or she needs animals that can produce the most on what’s available. Such is the name of the game in agriculture.

Iâ€™ve never been to a dairy that has Milking Devons. Or a hog farm with the Gloucestershire Old Spot Pig. But, I have seen a farm with Tunis sheep, a lovely orange-colored breed that gets fairly large and is extremely personable. I’ve also been on a farm with Jacob sheep, a small breed with black and white spots that are â€śpolycerate,â€ť or multi-horned, meaning they can grow two horns on each side. (I call these extra handles.) Iâ€™ve also been to a farm that raises Belted Galloway cattle (pictured above), which are black at both ends with a white â€śbeltâ€ť in the middle.

Visiting these farms is always neat and sometimes a veterinary challenge. Some of the rare small ruminant breeds are quite flighty, which makes catching them sort of a comedy to the outside observer. Acting very much like a wild prey species, some of these rare sheep breeds are extremely susceptible to stress and require smaller doses of anesthetics than their common counterparts.

People who raise these breeds keep immaculate breeding records of their animals and can sometimes trace lineage back generations. Larger operations help breeds through more advanced technologies like keeping frozen semen and even harvesting and storing frozen embryos.

If the loss of species is a little depressing, take heart. On ALBCâ€™s website, there are lists of recovering breeds, so intervention appears to be working for some. As with most things, the first step in change is awareness.