Prevent A Weasel Attack On Your Flock

This slender, odorous creature can pose an unassuming threat to your chickens, so take steps to keep them safe. 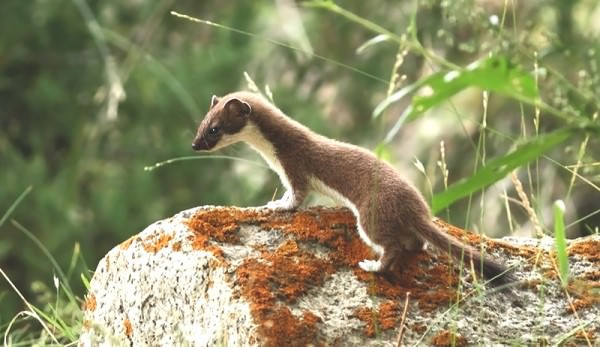 Mustelid: The name doesnâ€™t sound very intimidating. But if you keep chickens, your ears should perk up, and you should be on high alert. Among the savvy, wiry members of the mustelid family are martens, ferrets, fishers, minks and, of course, weaselsâ€”so common and conniving that this whole family of hunters is often referred to as the â€śweasel family.â€ť

Even so, the family Mustelidae is one of the most diverse animal families and includes larger mammals, such as badgers, otters and wolverines. While each animal is different and can vary greatly in size and behavior, on the whole, these hunters can be recognized by their long, thick bodies and tails; short legs; rounded ears; and five-toed feet with nonretractable claws.

In fact, by all appearances, theyâ€™d seem to be rather cute â€¦ if you didnâ€™t know the damageÂ they can inflict on a flock of chickens. Mustelids are usually nosy creatures by nature; they like to stay very active and are always on the move hunting for their next meal. To round out the male mustelidâ€™s physical attributes are powerful scent glands that release a repellent odor, often used to mark territory. Itâ€™s not quite as pungent as skunk odor, but not pleasant, either. Do you still think theyâ€™re cute?

Because there arenâ€™t many chicken keepers who fear for their flockâ€™s safety from badgers or otters (that I know of, anyway), for the sake of this profile, weâ€™ll consider the behavior, habits and threat of the common weasel, called the least weasel. Itâ€™s the smallest member of its familyâ€”not much bigger than a mouseâ€”and likely the greatest threat to your birds and chicks, if only due to its wide North American distribution.

Still, whether or not your flock is vulnerable to these tiny carnivores depends on your locale, of course. What the weasel looks like may vary slightly depending on your location, too. Most weasels are various shades of brown and some have white underbellies, but they can also be almost completely white, depending on the time of year, as some weaselsâ€™ coats turn white in winter. Because the weasel is rather tiny compared to many of our domestic chickens, our flocks are thankfully not usually their first meal of choice. Most of the members of the weasel family that call North America home prefer to hunt smaller animals, such as mice, rats, frogs, moles and voles. However, theyâ€™ll easily make a meal of larger prey if the conditions are right.

If weasels are likely to prefer rodents and small animals to a flock of chickens, why should you be concerned? Well, because of their svelte frames, least weasels can squeeze into and through gaps about the size of a quarter. Theyâ€™re also rather good at climbing over obstacles or digging under enclosure walls and fences if they canâ€™t just sneak through a gap.

Another thing to consider is the weaselâ€™s strength, which is considerable for its size. To boot, they are fierce in temperament, rather cunning and certainly opportunistic: If youâ€™ve seen weasels or another member of the mustelid family around, itâ€™s likely that they were attracted by rodents in the vicinity and decided to make a meal of your chickens.

How To Know If A Weasel Attacked

Unlike predators that take one bird at a time, weasels tend to kill or injure several birds during one attack, if not the whole flock. They also prefer to suck the blood of the prey animal, rather than consume large amounts of flesh. A mustelid may be the culprit if you see some of the following after an attack:

Defend Your Flock Against Weasels

Weasels are unique among predators because of their small size, strength and tenacity, and theyâ€™ll find your weak links, especially if you donâ€™t know where they exist. So, with that in mind, protect your flock from mustelid hunters as best you can by doing the following:

Itâ€™s easy to cut corners when building a coop or take a manufacturerâ€™s safety specifications at their word. But you can never be too cautious if you know mustelids live in your region, or if youâ€™ve seen them beforeâ€”especially if youâ€™ve seen them before! Your flockâ€™s coop should stop weasels at their point of entry by having secure corners and gaps and using fencing or mesh in the appropriate size.

What exactly does that look like? Enclose any opening larger than a quarter with 1/2-inch hardware cloth. This includes gaps between boards, and around windows and doors. Use this same hardware cloth mesh to line windows and permanent runs where birds spend much of their time.

Bury fencing around the coop or run at least 12 inches into the ground around the perimeter, or, fan out the mesh in an L-shape around the enclosure. Because hardware cloth is rather expensive compared to other fencing options, use chicken wire or another thinner mesh for daytime fencing and burying. Even with all of these precautions, however, itâ€™s always very important to lock your birds up securely in their coop each evening at dusk: Mustelids are most likely to attack after the sun has set.

You should also frequently remove any food scraps and extra feed, because these can attract rodents, which will subsequently attract weasels. Weasels are great at offering an incentive to keep a clean coop! Once in the habit, itâ€™s easy to keep your flockâ€™s living area clean and tidy.

Store feed in predator-safe containers. I like to use large galvanized steel trash cans with a secure lid. You can even use a bungee cord to strap the lid on tightly.

Keep the coop clean from trash, feed bags and food scraps to reduce or eliminate the rodent population. If you canâ€™t seem to beat the rodent problem, remember that a mouser cat is a great addition to any homestead!

Finally, if your coop is close to your home, youâ€™re in luck: Weasels and their family like to keep a healthy distance from humans, so theyâ€™ll be cautious around the normal noise and light pollution we emit.

Knowing the ins and outs of weasel behavior and what keeps them away can arm any chicken keeper with the tools needed to defend the coop and protect the flock. Thankfully, itâ€™s not terribly difficult or expensive. And a well-armed and informed chicken keeper can still think mustelids are cuteâ€”from a distance.