Understanding the natural operation of your farm fish pond can help you keep your fish alive and healthy. 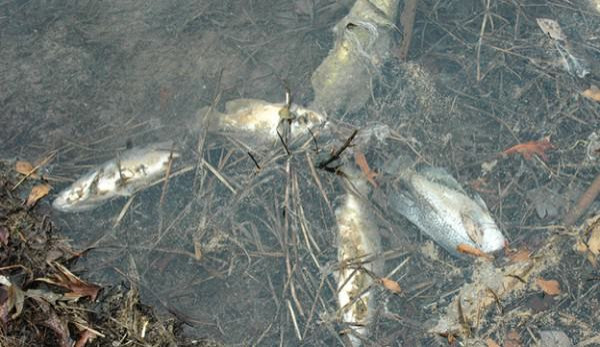 A well-managedÂ farm fish pond can provide years of enjoyment and nourishment for the family. However, even a pond manager who maintains an ideal predator/prey fish population balance can encounter unforeseen setbacks. Fish kills can happen for a host of reasons, some preventable and some just bad luck.

Oxygen for Your Fish Pond

A key ingredient to a healthyÂ pond is adequate levels of dissolved oxygen. The vast majority of fish kills can be tied to this most basic need. Oxygen is supplied to the pond primarily through photosynthesis. Aquatic organisms, called phytoplankton, capture rays of sunlight for energy to convert carbon dioxide to glucose and oxygen. The building block of any pond is the balance of these microscopic algae and nutrients. A collapse of this community will almost always result with fish loses in a pond.

Phytoplankton population greatly expands in summer. The process can be exacerbated by an influx of nutrients from cow manure or agricultural fertilizers in the pondâ€™s watershed or the over-fertilization of the fish pond by a well-meaning pond manager to enhance fish growth. Early symptoms of oxygen depletion may be identified by paying close attention during the morning to if fish are gulping air at the surface or if there are dead fish present.

A densely populated phytoplankton community will begin to influence oxygen levels in the overnight period as photosynthesis shuts down after dark. A key morning symptom of a looming catastrophe is fish gulping at the surface. Fish exhibiting this behavior are literally suffocating, and itâ€™s possible some fish may die. Oxygen levels will improve as the sun rises and photosynthesis resumes, yet the cycle can continue every night.

At the same time, an overpopulated phytoplankton community can shade out other phytoplankton at lower levels of the water column. The occurrence could begin the chain reaction to drive down oxygen levels. Should this be coupled with consecutive days of excessive cloudiness, then significant phytoplankton losses could occur, yielding a major fish kill. Water that is brown in color signals a major algal die-off.

To avoid summer fish losses, you can employ a number of tactics:

A common fall phenomenon that can cause large fish kills is pond turnover. The deeper segments of a fish pond (generally 10 feet or lower) are typified by lower levels of dissolved oxygen and are colder. Cold water is denser, so it remains at the bottom of the pond. As fall materializes, the temperature gradient between the warm column and cool column are minimized.Â  Cold rains or strong winds can cause a rapid turnover of the water columns, causing a prompt, catastrophic loss of dissolved oxygen where fish reside.

In winter, snow and ice cover can also result in low levels of oxygen due to the death of phytoplankton from excessive shading. Again, an aerator can help alleviate these circumstances, keeping a pond from icing over and keep it oxygenated despite some phytoplankton loss. However, an aerator may not prevent a catastrophic turnover.

Fish kills can result through other mechanisms, too. Spring often begets fish kills from an overabundance of prey species. This is not necessarily a bad thing, because itâ€™s natureâ€™s way of house cleaning. It should send a message to the pond manager that the fish pond may be unbalanced. Pollutants can also infiltrate a fish pond and cause fish kills. Pond pollutants include pesticides, herbicides, and other chemicals. A fish disease can also generate pond problems.

Donâ€™t let a fish kill ruin your desire for having a farm fishing pond. Be observant, consider the circumstances, and try to understand the mechanism that caused your loss. If you have a lot invested in your fish pond, then an aerator could be worth the money. However, donâ€™t rely on it as your unfailing safety net. Learn from that experience and adjust in the future, because not all fish kills will be catastrophic.

John is a Certified Wildlife Biologist with degrees from Penn State and the University of Georgia. He has worked professionally in five states, spending the last 13 years managing farm wildlife for the Commonwealth of Kentucky. John enjoys habitat management and hunting on his hobby farm in Central Kentucky with his wife, Bobbi, and daughter, Bailey.