How to Prevent Piling of Chicks

Follow these tips to keep your chicks from piling in a corner of the brooder and smothering one another. 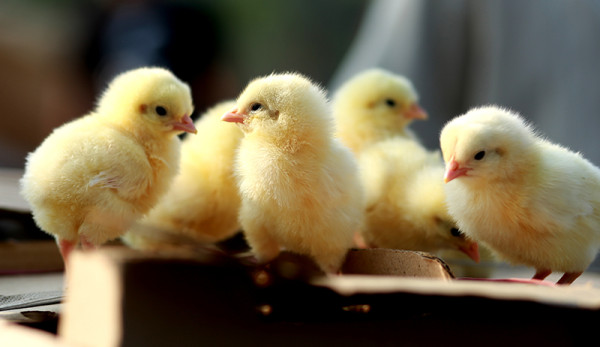 My wife and I have witnessed many things during years of raising chickens, but the scene we encountered one June morning was the most devastating. In one corner of our henhouse lay the limp bodies of three heritage Rhode Island Red pullets and one cockerel. One-day-old chicks had arrived eight weeks earlier, and on their first night out of the brooder, they had succumbed to a phenomenon known as piling, when young birds all congregate in one placeâ€”usually a cornerâ€”and suffocate.

â€śFear, cold temperatures or a change in surroundings can all cause piling,â€ť says Tom Watkins, general manager at Murray McMurray Hatchery in Webster City, Iowa. â€śWhen any of those things happen, a chickenâ€™s normal reflex is to congregate in one spot with others of its flock. Some breeds are more likely to pile than others. Cochins, for example, are so fluffy that they can quickly smother each other.â€ť

Watkins says one way to keep chicks from doing this is to make brooder pens that feature rounded corners. In henhouses, a sound preventative strategy is to affix cardboard slats to the four corners so that chickens wonâ€™t congregate in a narrow spot. Poking holes in these slats beforehand could prevent a pullet or cockerel from suffocating should it somehow manage to maneuver behind the cardboard. Also, cover the top of the cardboard to decrease the chances of birds moving behind it.

Another helpful tip: Leave a light on for the first few nights that young birds sleep in the henhouse. Chicks typically spend the first weeks of their lives with some sort of light on in the brooder, and suddenly being inside a strange building with no illumination can be quite jarring, so birds often respond by rushing into a corner.

Here are two other preventative measures:

Death by piling is a terrible way for a chicken to die and a depressing occurrence for us humans, but thankfully, it can be prevented.