Prickly Ash For The Nervous System

Plant this tree not only for the usually benefits a farm tree brings but for its medicinal ability to treat pain. 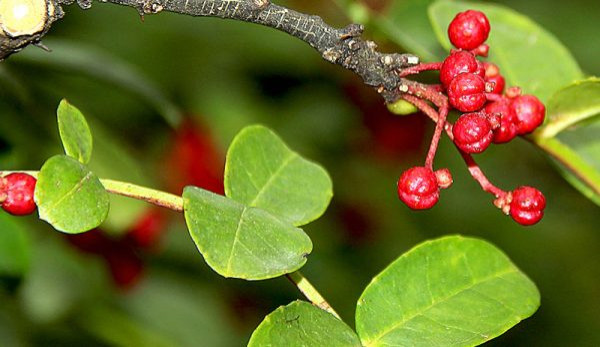 If you have a plant problemâ€”meaning you can never having enough plantsâ€”itâ€™s good to have friends who own a nursery. Fall started in earnest this week here in Ohio. We are in the season of planting: The cooler temperatures are likely to prevent stress, there is usually a bit more water, and plants are naturally thinking about putting down roots. My nursery friends are fully involved in encouraging people to get excited about fall planting. This means they often send me a note about something new that they are excited about.

Last year, Mike and Linda grabbed a supply of tiny prickly ash (Zanthoxylum americanum) seedlings that they thought would be growing behind the scenes for a few years before they brought them out for customers. What a surprise to find that this tree is a really fast grower and is ready to sell right now. Linda was so intrigued that she started to do some research to get to know more about the tree. When she stumbled on all the information about how it is used medicinally, she got in touch with me. 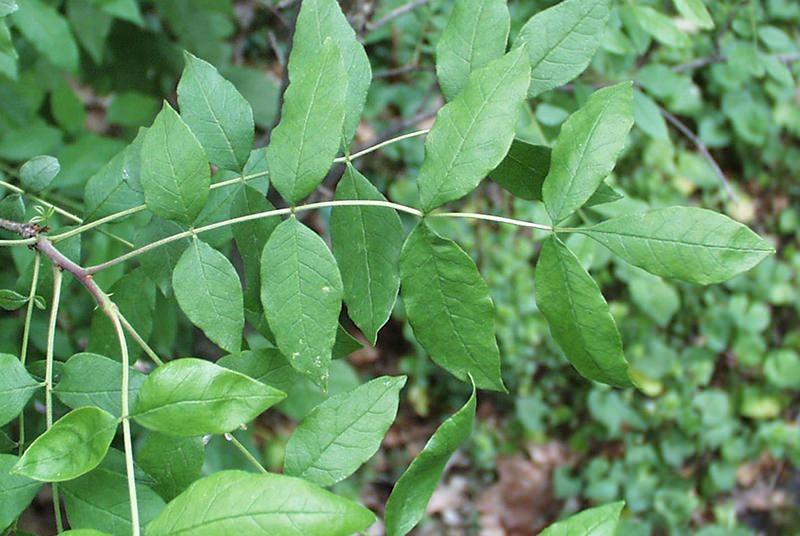 I learned to identify prickly ash in college. At the time, my knowledge extended to where it grew and how to identify its leaves and bark. The tree grows in colonies and can grow anywhere between 8 and 20 feet tall, so itâ€™s not usually very big. It doesnâ€™t mind poor soil, but does prefer them to be well-drained.

Prickly ash is pretty distinctive in the landscape for a number of reasons. The first is that itâ€™s covered in prickles, found on both the stems and leaves. It is not actually in the ash (Fraxinus spp.) genus, though it looks very similar, so itâ€™s not at risk for being attacked by the emerald ash borer. Rather, itâ€™s part of the Rutaceae family, with relatives like the orange and lemon. All parts of the plant are aromatic when crushed, having a light citrusy scent.

The trees at the nursery are still very young, so there is no way to tell whether theyâ€™re male or female yet. In prickly ash, both will have flowers in the spring that smell wonderful and are irresistible to bees. The fruit that forms on the female specimen is a late summer show-stopper, contrasting red berries with the shiny green foliage as an understory to the changing leaf colors of the larger trees nearby. 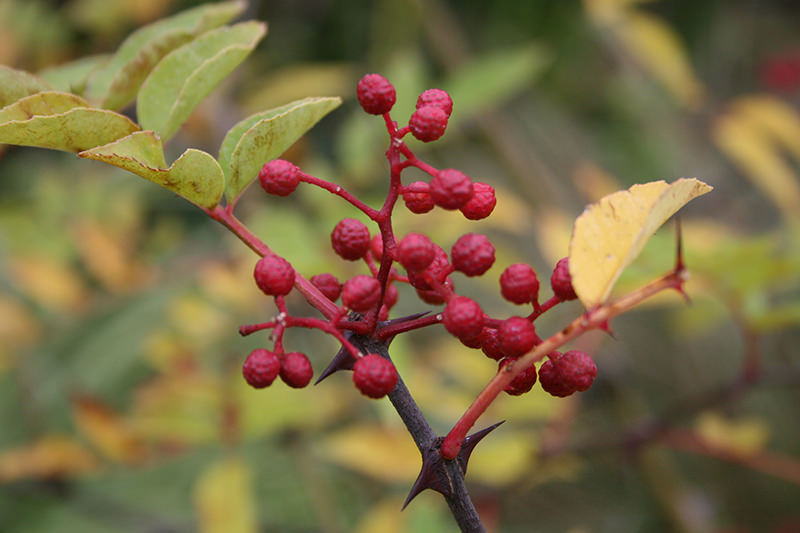 Native Americans called the prickly ash the toothache tree. This is because when you chew the bark or berries there can be an intense awakening and tingling of the nerves. Depending on the person, this intense experience can restore sensation where there was none or it can act to numb pain. I have used it in a tincture to be used internally for recovery from nerve damage following Bellâ€™s palsy. The dosage in this case is very small, only one to three drops up to three times a day. Prickly Ash can become overwhelming rather quickly.

In Western herbalism today, it is most common to see prickly ash used as an activator in a formula. Just as some over-the-counter preparations use caffeine to quicken the metabolism in order to circulate the medicine faster, herbal formulas need something in them to kick the body into gear. While we can use things like cinnamon or peppermint when there is a nervous system (think arthritis) or respiratory issue, prickly ash can be a nice additive in very small amounts for this activating purpose.

In school, I met many plants like the prickly ash and learned about them from a superficial perspective. It wasnâ€™t until a few years ago that I came across the plant again and learned about its chemical make-up. I hadnâ€™t thought about prickly ash in a while, but thanks to my friend Linda I am reminded to recommend it to a friend who is working to heal a facial nerve. What a treat that my current career allows me to meet and meet again the same individuals, learning a new aspect all the time of their use in our landscapes and our bodies.