6 Tips to Improve Your Farm’s Productivity

If you have only a small plot of land, you can grow large amounts of vegetables. Here are ways to maximize your small farm's productivity. 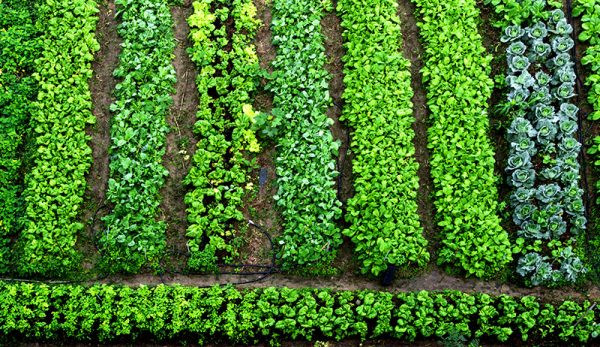 Many of the best-known market gardens today, including Singing Frogs and Neversink farms, have become famous for growing enormous quantities of vegetables on only a few acres of land. Regardless of whether you want to emulate these operations, you can almost certainly take some steps to increase your small farm’s productivity and grow more on the land you have. Here are several strategies you can use to make sure that youâ€™re doing everything you can to maximize productivity:

Permanent, raised beds have grown increasingly popular in the market-gardening community in recent years, thanks in part to their efficient use of space. Whereas conventional farming systems space crops in individual rows separated by tractor paths, permanent beds plant multiple rows of crops within beds of a uniform width. This creates dense plantings, fewer pathways and more active growing area.

2. Transplant as Many Crops as Possible

Although you canâ€™t avoid direct-seeding some crops such as carrots or radishes, transplanting as many crops as possible lets you harvest more from an individual bed over the course of the season. Instead of direct-seeding beets, for instance, transplanting your beet seedlings once theyâ€™re a few weeks old frees up that bed to grow another crop during those weeks. Applied to the entire farm, this principle of transplanting whenever possible can open up huge amounts of growing space over the course of the season.

Many farmers use cover crops to protect the soil in between plantings of cash crops. Yet Singing Frogs Farm is now known for increasing productivity by using vegetables to do the same thing. Rather than surrender their beds to cover crops for a portion of the growing season, they grow cash crops in all of their beds nonstop, replanting beds the same day that they were cleared out of a previous crop. Although this degree of management might not be realistic for all growers, its underlying principle is important: Keep all of your growing areas in production as much of the time as you can.

4. Use Your Vertical Space

Another way to get the most of your growing space: Use all the vertical space available to you, especially inside propagation areas or high tunnels. In your propagation house, for instance, consider installing shelves along the north and south sides of your house to hold additional trays of transplants. Also, as long as you check them on a daily basis, donâ€™t be afraid to stack seeded trays that havenâ€™t yet germinated.

You can utilize all of the vertical space inside your high tunnels by trellising your tomatoes, peppers, eggplant and cucumbers along string hung from cables running the length of the tunnel. Training your plants to these trellises lets them grow vertically instead of horizontally and will let you plant them much closer together that you otherwise could.

Growing different crops together at the same timeâ€”a practice known as interplantingâ€”is another great way to maximize the productivity of your growing space. One common technique: Plant a fast-growing crop such as lettuce or radishes alongside a slow-growing vegetable such as broccoli or cabbage that takes weeks to fill a bed. Some vegetables make good companions with one another while others donâ€™t get along as nicely, so make sure you do some research before planting two crops together.

Finally, perhaps the simplest way to increase the yields from your growing area is to plant your crops closer together. In my experience, many farmers space their vegetables much farther apart than necessary, thereby sacrificing large areas of perfectly good growing space. Pay attention to the spacing recommended by your seed company and tend toward the tighter end of the spacing ranges they give. Growing your vegetables too close to one another does have its pitfalls, of course, including shading and inadequate air circulation, which can cause disease.