Farm-conservation and beginning-farmer programs are on the chopping block as Congress debates and votes on Farm Bill 2012 this week. 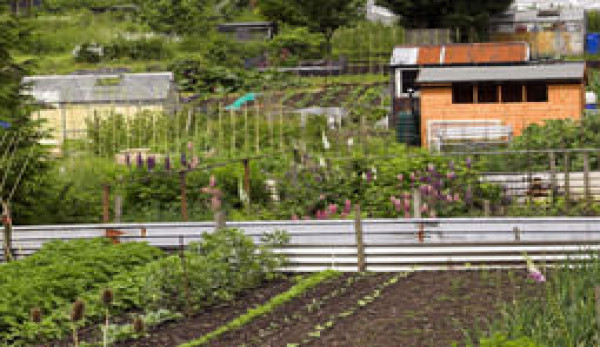 Thereās no summer R&R on the beach for Congress right now as the Senate and House discuss and vote on Farm Bill 2012. Congress revisits this comprehensive piece of legislation, determining billions of dollars of governmental spending on agriculture, every five to seven years, and it serves as the key piece of agricultural and food policy.

The next few weeks will be monumental in determining Farm Bill 2012 because much of the current Farm Bill is set to expire. As lawmakers on Capitol Hill debate the key issues, many of which involve major funding cuts, two areas in particular have importance to small-scale farms.

Additionally, some proposed amendments cover a range of topics of interest to sustainable farmers, such as requirements to label genetically modified (GMO) foods, which supports the idea that consumers have the right to know exactly what is in the food they they purchase.

Stay Informed
Itās easy to shy away from trying to understand the 1,000-plus pages of the Farm Bill, but Ariane Lotti, assistant policy director of the National Sustainable Agriculture Coalition reminds farmers that theyāand anyone who eats foodāhas a stake in the legislation.

Advocacy groups, such as the NSAC and the Community Food Security Coalition, help synthesize Farm Bill issues and send out timely, streamlined email alerts so you donāt have to do all the research.

“It is especially important for family farms supporting sustainable agriculture to voice their opinions because, inherently, the Farm Bill is not designed to support small farmers,ā Lotti says. “Most of the programs and policies still benefit industrialized agriculture and large, corporate operations.ā

To keep the Farm Bill from being overwhelming, identify and follow a few key issues important to you, then voice your opinion to your Congressional representatives. Calls to your Congressional offices, identifying specifically the issue and the action you want him or her to take, are extremely important and serve as the pipeline for small-scale farmers to advocate for change.

“It gets busy on the farm, so I keep my representativesā office numbers programmed into my cell phone so I can easily call when an important issue is coming up for a vote,ā says Matt Sheaffer, co-owner of Sandhill Organics in northern Illinois. “On a purely practical note, I want to ensure that small-farm programs weāve benefited fromāfrom conservation programs to cost sharing for organic certificationākeep receiving support.ā