Protect Your Chickens From Foxes

Cunning foxes will keep a low profile and stalk your flock until they're ready for a swift, clean attack. Here's how to prevent it. 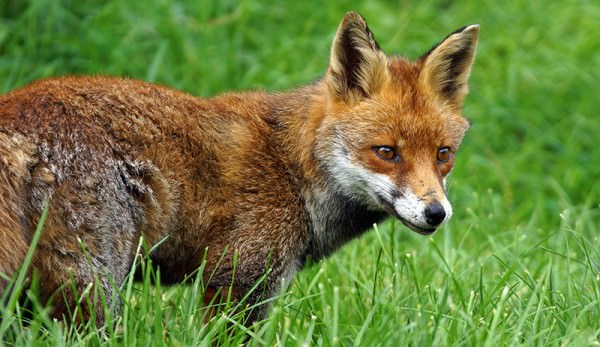 The fox is the most feared chicken-killer. It is smart, sly and savvy, and it strikes when your guard is down. Unlike other predators, foxes leave little evidence of an attack, but they will just as cleanly pick off your chickens as any other predator.

Part of what is so cunning about a fox is that it is assessing your home, coop, run and free-ranging areas for some time before it actually attacks. Foxes learn your schedule, too: They watch to learn when youâ€™re home, when you leave, when the livestock guardians are off duty, when you let out your chickens, and when they spend time in the pasture or backyard. When a fox makes its move, it does so when itâ€™s certain that the coast is clear of humans and other guardians, and preferably in the early morning hours or the evening, though theyâ€™ve been known to attack during the day just as well.

Of the four types of fox found in North Americaâ€”the red, grey, arctic and kitâ€”the red fox is the most common and the most likely to pay a visit to your coop. Although the four types vary slightly in appearance, habitat and behavior, theyâ€™re collectively considered the smallest wild dog on the continent of North America. What they all have in common is their cunningness: Foxes are incredibly bright and learn quickly, making them challenging adversaries to outwit when theyâ€™re set on having your chickens for dinner.

Luckily for chicken keepers, foxes will most likely be lower on your list of common predators. However, there are always exceptions: If your home is situated near dense forest or you have a large amount of property, itâ€™s possible that a vixen will make her den nearby and consider your flock easy pickings to feed to her young. Itâ€™s important to know that foxes are rather territorial, so if youâ€™ve confirmed that there are any residing nearby, theyâ€™ll likely be there awhile.

With red foxes populating every state but Florida, itâ€™s better for the majority of us to be prepared for an attack rather than caught off guard. Foxes can climb, but they prefer to dig under fences. Red foxes can also swim, run up to 30 miles per hour and jump up to 15 feet in the air. More likely than these scenarios, however, is an attack conducted when your flock is pasturing unguarded. Foxes bide their time, stalk their prey and strike when they notice a single birdâ€”or a few isolated birdsâ€”far from safety.

Foxes have partially retractable claws that allow them to quietly sneak up on prey. Once within striking distance, those claws reveal sharp talons for a quick and efficient capture. Although this predator is actually part of the canine family, the foxâ€™s hunting style is more akin to that of a cat: It stalks prey, makes its move by running quickly or pouncing, and then uses its sharp claws to pin down prey. If a fox attacks a flock of chickens while theyâ€™re free-ranging, itâ€™ll likely grab just one bird at a time. If it gains access to a henhouse, the fox will kill and carry out as many birds as it can manage. Suspect that a fox is your culprit if you see some of the following clues:

If the attack occurred in the coop, several birds may be missing and others may be injured, if only from attempting to flee the foxâ€™s grasp. Injured survivors will likely have deep neck or back puncture wounds, some visible and some not. Injured survivors might also have broken wings or legs if they were confined while trying to escape.

In some ways, the fox is an easy predator to protect against. However, in my experience, it only takes one slip-upâ€”one forgetful moment or evening where you forget to lock up the coop that the fox sees and seizes its opportunity.

In the interest of keeping your yard or pasture area a low-target zone, mow grass regularly and keep brush cut back to reduce the cover that foxes use while hunting. If your birds pasture some distance away from your home or any other regularly occupied human dwelling, make use of tall fencing with a buried perimeter. Better yet, enlist a guardian animal, such as a livestock guard dog, to protect your flock. Our familyâ€™s Retriever-Shepherd mix, Winnie, is hardly considered a guard dog breed, but she is big and loud, and she keeps predators away every time.

Finally, note that electric fencing, in my experience, doesnâ€™t seem to deter foxes very much: Theyâ€™ll either slip between the lines or jump over it. They will also learn when itâ€™s on and if and when itâ€™s ever turned off.

If foxes frequent your area or you know thereâ€™s a den nearby, pull out all the stops: Bury hardware cloth perimeters around the coop and run and lock your birds up each night when they retire for the day. In my personal flock, Iâ€™ve learned that these are the best precautions against the family of foxes that live on our propertyâ€”once we moved out and non-dog-owning tenants moved in, they caught a glimpse of seven foxes playing in the backyard, feet from where our chicken coop stood! And as mentioned earlier, let your birds free-range with company only: Leave a chicken-friendly dog outside or be outside to watch them if you know that these predators are prevalent.

Remember, foxes are clever and theyâ€™ll strike when your guard is down. Theyâ€™re smart, and they learn quickly: Once theyâ€™ve had a taste of chicken, theyâ€™ll be back for more, again and again.

This article first appeared in the November/December 2015 issue of Chickens magazine.