Protect Your Garden From Car Emissions

You can grow food, even in the middle of the city, by putting barriers between your garden and potential pollutants. 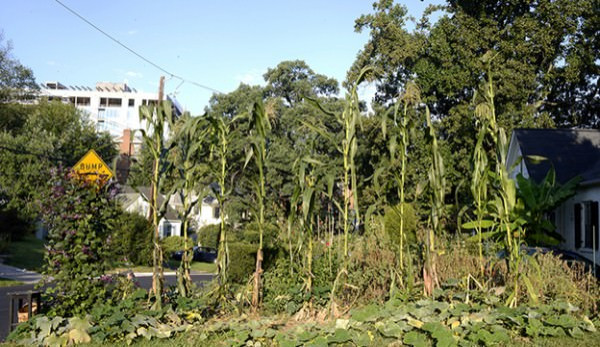 How does one protect their produce from vehicle emissions? I’m looking into starting an inner-city garden on a property that’s currently open to traffic on all four sides. I think that some kind of bush hedge is best for keeping the place open to breezes, while providing a little privacy and a sound barrier, as well as a wildlife sanctuary.

The inner city can be a challenging location to grow food crops for several reasons, including poor soil conditions, limited light availability and potential pollutants.

Before you start planting food crops in urban centers, itâ€™s essential to know the history of that land to help determine whether the soil is suitable for a vegetable garden. Knowing how your property was used in the past can help point to possible soil contaminants, like lead, arsenic or cadmium, that may be present. These toxins are commonly found in low levels around most residential sites from paint or pesticide use, but they can found in dangerously high levels near old industrial sites or common commercial sites, such as former gas stations or dry cleaners.

All gardeners in inner-city locations should having their soil professionally tested by their state soils lab looking both at the fertility of the soil and the levels of heavy metals or other contaminants. However, even if soil tests come back with bad results, itâ€™s still possible to grow crops using either large raised beds or containers.

It is urban dust rather than vehicle emissions that is the greatest threat for inner city gardeners. Windblown urban dust itself is a major source of lead and other heavy metals from building paints, industrial pollutants, cadmium residues from tires and various other sources. While vehicle emissions themselves may have some impact on plant growth rates and plant viability, they tend not be a major issue for most growers. Vehicle emissions of the 20th century, before leaded gasoline was banned in the U.S., were more of a concern for urban growers than they are now.

As you suggest, a hedgerow on all sides of your garden may be a great solution, as it allows for airflow but will cut down on urban dust accumulation in the plot. Be sure the hedge doesnâ€™t block any available light within the garden, and avoid using invasive hedge plants, such as privet or burning bush.

Here are a couple final thoughts on inner city gardening: