Use this method to prune blueberry bushes so you can maximize fruit set and improve production. 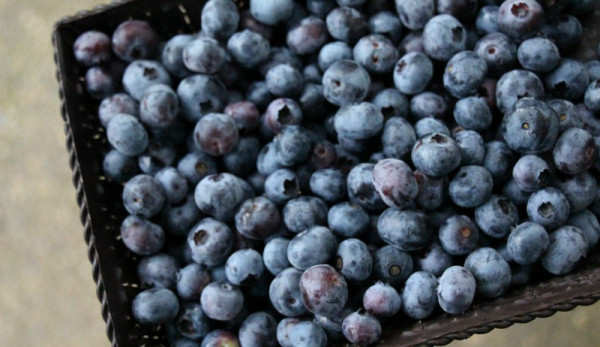 February is the perfect time to prune blueberry bushes. While the plants are dormant, it’s easy to see their structure and make decisions about where to make the cuts.

Blueberry pruning should be performed on an annual basis for several reasons, the most important of which is increased fruit quality.Â It also helps shape the shrub and limits disease by opening up the plant’s structure.

Improperly pruned blueberry bushes often contain many old, woody branches that have reduced fruit-bearing abilities. The presence of these old branches also inhibits the generation of new, productive growth. Old shrubs that aren’t cared for properly tend to have more leaves than fruit, and whatever fruit those branches do manage to bear is often smaller in size. A good annual pruning encourages lots of fruitful new growth and high berry production.

The primary goal of good blueberry pruning is to remove enough old growth to encourage newâ€”but not so much that you impact your berry production for the coming season.

In mid- to late winter, head out to the blueberry patch with a clean, sharp pair of pruners. Disinfect them with a spray of Lysol or a dip in a 10-percent bleach solution. Ideally, you should re-disinfect your pruners each time you move to a new shrub. This prevents the spread of disease. I also spread a tarp on the ground near my bushes so I have somewhere to toss the braches after they’re pruned. When I’m finished pruning, I grab two corners of the tarp and drag it over to the compost pile to unload.

Stand back and evaluate your blueberry bushes one at a time. Begin by cutting off any damaged stems or those that are broken off. Cut these stems off all the way back to the base of the plant. Do not leave any stubble behind, as it could be an entryway for disease.

After all the damaged stems are removed, cut out any crossed branches, particularly those that rub against each other. After pruning is complete, you want an open structure with no crossed branches. Again, cut them all the way back to the base of the plant.

For young bushes less than 5Â years old, cut out one or two of the oldest remaining branches all the way to the ground to encourage new, productive canes to emerge from the roots.

For mature plants that are at least 5Â years old, remove all branches thicker than your thumb. These old branches often have a grayish coloration to their bark. They have reduced productivity, too. By the time a branch is 7Â or 8Â years old, it’s pretty much done producing to the best of its ability, and if you don’t remove it, the plant will fail to generate new, more productive branches.

On mature plants, follow up by removing one-third of all the remaining branches, which means you’ll be cutting out three of every 10Â canes left on the plant.

It isn’t easy to prune blueberry bushesâ€”believe me, I know. We feel guilty about removing branches with any potential fruit, but if your goal is to increase your shrubs’ long-term productivity and grow larger fruits, then pruning properly is a must.

Blueberry pruning is an annual chore; mark your calendar with this important task every February and watch the berries roll in for years to come!