Use our Green Thumb advice for pruning herbs in your garden. 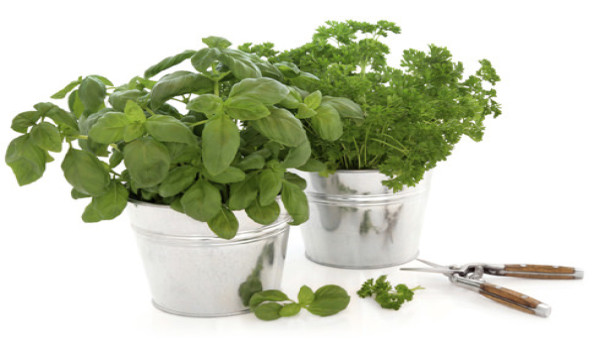 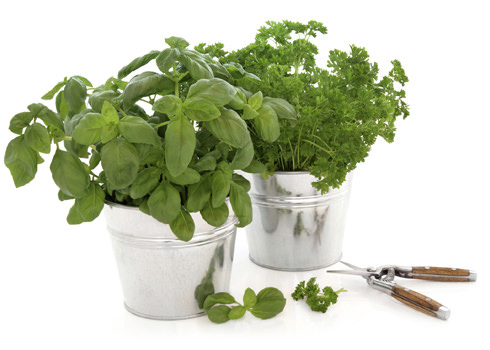 Don’t sweat the small stuff, such as pruning herbs.¬Ý

Pruning probably inflames more anxiety than any other garden task. I‚Äôm sure novice gardeners wonder, “Am I killing the plant? Is this the wrong season to prune? Am I pruning too much?‚Äù

People who happily take a carving knife to a roast turkey each Thanksgiving fall faint in front of a gangly shrub for no good reason. Recognize that all plants evolved while being grazed on by animals. Each plant expects to be “pruned‚Äù by aesthetically indifferent herbivores, such as cows, horses or hippos. After a few million years of grazing, plants are ready for untrained gardeners. The likelihood of death by pruning is very low, so take a deep breath, relax and pick up your pruning tools because we‚Äôre going to cut some herbs back very hard.¬Ý

Herbs will help you get over pruning anxiety. Unlike most evergreens, herbs provide immediate, positive reinforcement: They smell good, and you can do something delightful with the clippings right away. (You sure can‚Äôt toss holly leaves into soup with any success.)¬Ý

Herb trimmings have another use. I store clippings of lavender, sage, rosemary, thyme, marjoram and oregano in a garbage can with a tight-fitting lid. The resins that give fragrance and flavor to these somewhat-woody herbs also make them flammable when dry. A small handful makes for great kindling.¬Ý

These herbs are actually called subshrubs; their stems are woody at the base, but herbaceous at the tips. Don‚Äôt clip them all the way back to the bare, woody base of the branches; leave at least four or five nodes of foliage if you want them to leaf out. If you want them to look bushy and full, shear them back by half with hedge clippers or hand pruners. Otherwise, they‚Äôll get leggy and open.¬Ý

Pruning in the spring and early summer suits these six plants best. Like many culinary herbs, they evolved in the mild winters of the Mediterranean. They simply don‚Äôt know how to go dormant in cool weather. Hard winter pruning that works well for most perennials only stimulates culinary herbs to make new growth on warmish winter days ‚Äî ¬Ýnew growth that will be killed by the next cold front. But cutting a few snips for the kitchen in winter won‚Äôt hurt.

Basil, an annual herb, on the other hand, gets two kinds of “bowl haircuts‚Äù in my garden. Flowering suppresses leaf production, so we shear off basil flowers with hedge clippers all summer. When we‚Äôre ready to make some pesto, we graze off the top 90 percent of the leaves with a few bites from the hand pruners. The remaining leaves are enough to regrow a plump plant in about a month. So if the aromatherapy doesn‚Äôt reduce your pruning anxiety, I bet thoughts of a tasty dinner will.