Pruning Shears Vs. Loppers: What Are The Differences?

How do pruning shears and pruning loppers differ, and what are their respective strong suits? Let's dig in and explore their pros and cons. 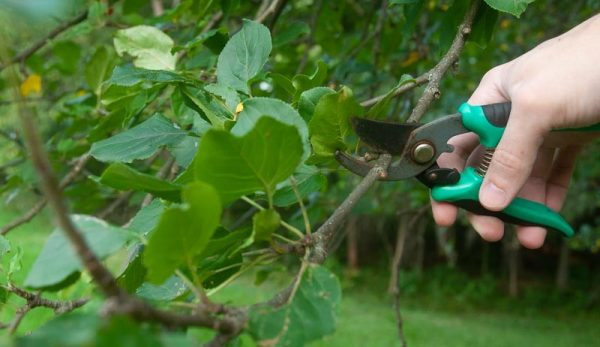 LetŌĆÖs face itŌĆöwe donŌĆÖt always use precisely the right names when referring to common farm tools. We often say shovel when we mean spade and vice versa. Or we invent our own colloquial terms. I sometimes refer to my pruning loppers as choppers because theyŌĆÖre so good at chopping through plants and tree branches.

Speaking of pruning loppers … what exactly are they? And how are they different from pruning shears. Are they one and the same?

If youŌĆÖve ever asked these questions, then read on. WeŌĆÖre going to explain the definitions of pruning shears and pruning loppers. Even better, weŌĆÖre going to explore their pros and cons so you know which will suit your pruning needs.

Read more: “I can’t live without my pruning loppers.”

What are pruning shears & loppers?

Perhaps youŌĆÖre removing sucker branches from an apple tree, or shortening vigorous limbs on a pear tree. Or maybe youŌĆÖre cutting down intrusive sapling trees on the edges of your farm fields. For all these needs and more, pruning shears and pruning loppers are great tools.

The blades of pruning shears and pruning loppers are similar. Bypass types use scissor-like action, with a primary cutting blade slicing past a lower jaw for a clean cut. Anvil types utilize a more aggressive approach, with a cutting blade that presses against an anvil for more of a crushing cut.

Where pruning shears and pruning loppers differ is in size. Pruning shears (also known as plain pruners) feature small blades and short handles. TheyŌĆÖre meant to be held in one hand and operated by squeezing the handles together.

Pruning loppers, in contrast, feature larger blades and lengthy handlesŌĆöusually around 1 1/2 to 2 1/2 feet long, give or take. You need both hands to operate them effectively.

Read more: Do you need bypass or anvil pruning loppers?

What are advantages of pruning shears vs. loppers?

Having used both pruning shears and loppers extensively, I have some thoughts on the pros and cons of each.

One of the main advantages offered by pruning shears is their one-handed operation. I find this fast and convenient for making lots of quick cuts (say, when removing dead stems from perennial plants or removing suckers from a fruit tree). It frees up one hand for gathering the branches and stems as I cut them, saving me from picking them up later.

Pruning shears are also less tiresome to use than pruning shears. And they can easily operate within a crowded tangle of branches, where pruning loppers might lack enough room to open and close properly.

But pruning shears are really only suitable for pruning thin branches and stemsŌĆöno more than 1/2 to 3/4 inch or so.

For heavy-duty pruning of branches up to 2 inches thick, you need loppers. Their large blades open wide, and their long handles afford more leverage for cutting through tough wood.

The two-handed operation of loppers is less convenient when making lots of quick cuts, because you have to let the cut-off branches and stems fall where they may. But the power you gain makes loppers a great choice for removing larger limbs from trees.

Do I need pruning shears or loppers?

You might wonder whether youŌĆÖre better off with a pair of pruning shears or loppers. Why not get both? They excel in different areas and can save time and effort when put to appropriate use. So if you have both on hand, youŌĆÖll always have the right tool for the right job.