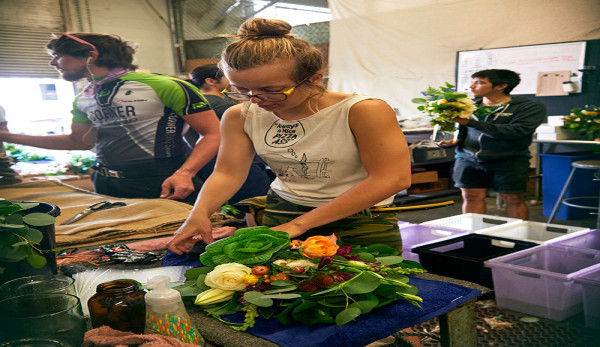 Visit San Francisco, and you might see a bicycle whizzing past with dozens of bouquets. While receiving flowers always makes people smile, Farmgirl Flowers gives people even more reasons to smile—sustainable practices and American-grown flowers. Here, Farmgirl Flower founder Christina Stemble talks with Urban Farm about how she keeps her blooming business—now nationwide—in line with her mission of sustainability.

How did Farmgirl Flowers get its start?

I started Farmgirl Flowers about five years ago, in Nov. 2010, with an idea of how to change the way flowers are purchased in the U.S. I’d like to say I started the business because I have a passion for flower, but in truth it wasn’t a burning desire to work with flowers: It was a dream to start a business that did something good.

When working at Stanford University as the director of alumni relations and campaign outreach for the law school, I noticed that the flowers we would order for events cost more than I thought they should. That led me to start researching the flower industry, which is when I found that it was a huge industry, but with a tremendous number of problems and very little innovation. So I set out to create a brand spankin’ new model to fix the problems, which is how Farmgirl Flowers was born.

What problems did you find with the flower industry? How did you fix them? 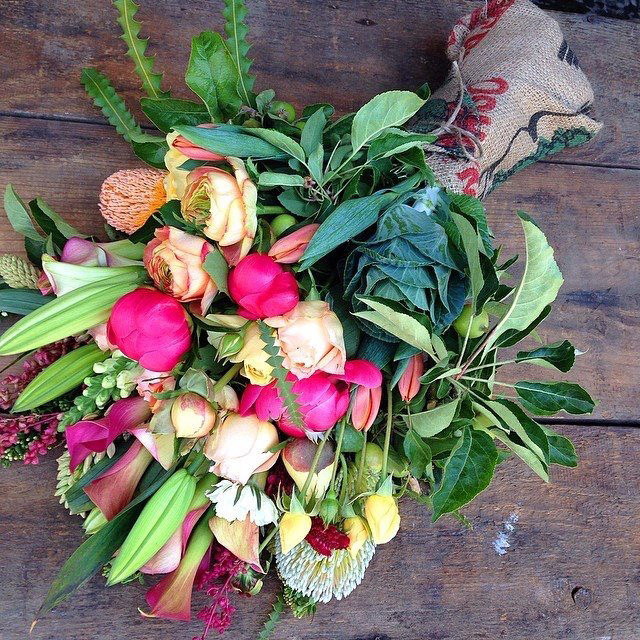 The first problem I set out to solve is the issue of imports. I had no idea that well over 80 percent of the flowers sold in the U.S. are flown in from other countries.

The second problem was flower waste. When you go into a flower shop, think about how many flowers you see. And think about how many of them look like they are already past their prime. Flower shop owners have no idea what consumers are going to want, so they have to buy a large selection, and then end up throwing out about half of the flowers.

Instead of having hundreds of options, we offer one daily arrangement, which reduces our waste from the industry standard of 40 percent to less than 1 percent. Reducing our waste allows us to use premium flowers and hire and train great floral designers.

We’re able to do this all at the same price as our competitors because we don’t have the waste. And what we’re most proud of is that we won’t compromise on our mission to support American flower farmers, even though it would be a significant boost to our bottom line if we did.

The last problem I was trying to solve was just a personal issue I had with the industry—outdated, and in my opinion, bad design aesthetic. When I would send flowers to my mom in Indiana, I had to use one of the traditional eComm flower companies, and I always ended up being very dissatisfied with what was delivered.

It’s our innovative model: one designer, daily arrangement, using 100-percent American grown flowers, wrapped in our trademarked burlap wrap (reused coffee bags donated by local roasters). And in San Francisco we deliver by bicycle. We also do everything in house so we can ensure it meets our very high standard—from design, packaging, customer service, local delivery, marketing and just about everything in between.

How does your bicycle flower delivery service work? 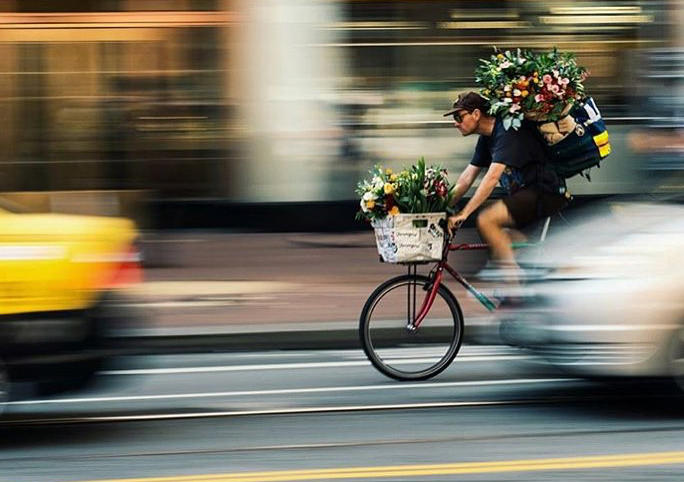 We now have a delivery team of about 12—some bicycle couriers, some drivers—and each one cares so much about each delivery they make.

Our bike couriers are a little like local stars, people are always taking their pictures on the street and posting them to social media. They’re in awe of how many flowers the couriers carry at one time—sometimes as many as 30 arrangements!

Tell me about some of your local flower farmers. Are they small or large commercial growers? And what are some popular local flowers? 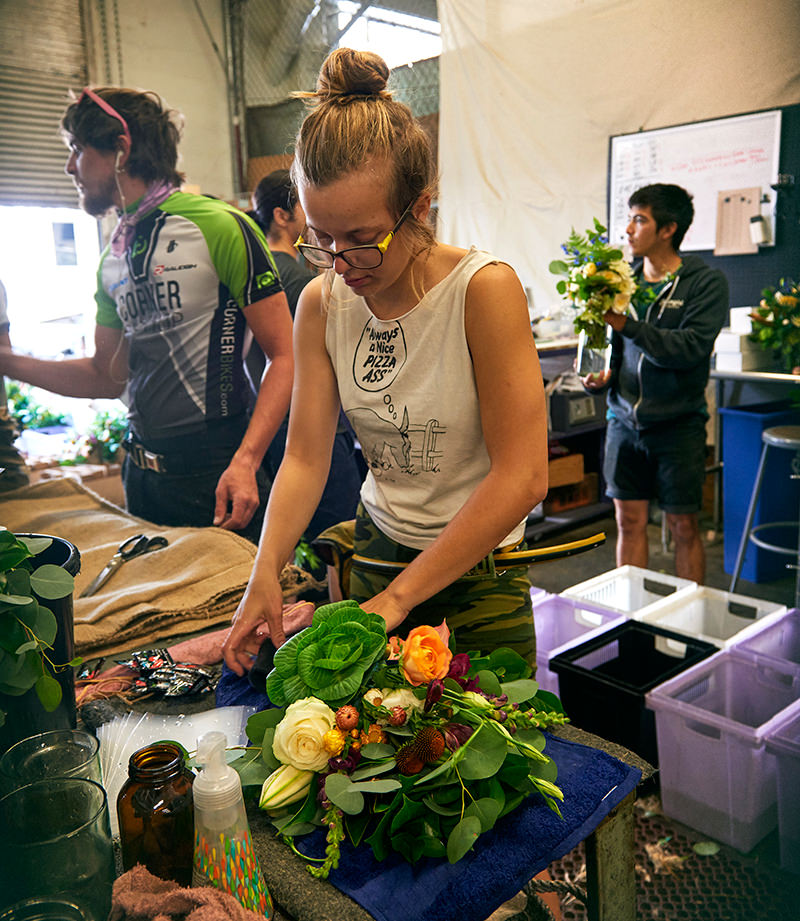 As we’ve grown tremendously in the past five years, we’ve been expanding to work with many more farms now. There’s about 5,900 flower farms left in the U.S., and my goal is to buy from them all in the future! When we started, we only used farms within 200 miles of San Francisco; however, we’ve now expanded to include all of California and even other states in order to be able to get enough flowers, and to support as many farms as possible.

We buy from very small farms of only a few acres to very large commercial farms of thousands of acres and team members. We’re already working with several to grow specific items for us and will continue to move in that direction. Working with the farmers is probably my favorite part of my job.

As for favorite flowers, peonies are always the winner—it’s probably the fave flower of at least 90 percent of women. The great thing about using seasonal flowers, though, is that you get to enjoy the flowers when they’re at their best. Just like out-of-season veggies that taste like cardboard, flowers are way better when being enjoyed in season.

We look forward to the changing seasons because we get to use different flowers: protea, roses (especially garden roses!), ornamental kale, calla lilies, tulips, veronica, scabios and so many more varieties!