If you live in a colder region, you know the value of quick-maturing crops for the short-season vegetable garden, and these fun, flavorful varieties fit the bill! 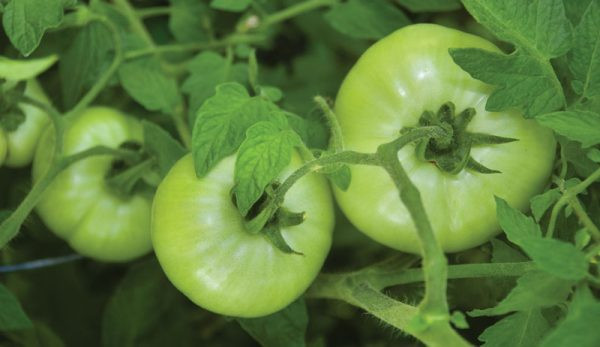 Sometimes when you garden, you have to accept certain things, such as the existence of powdery mildew and the fact that blueberries like acidic soil. Personally, I‚Äôve had to accept the fact that no matter how much I want to grow Long Island Cheese pumpkins, they just aren‚Äôt suited to my zone 4a short-season vegetable garden in northern Wisconsin.¬Ý

When you live in the colder regions of the United States, you might not have the luxury of a 100-plus-day growing season. You‚Äôre working in a shorter time frame, and if you want your short-season vegetable garden to produce abundantly in the available days, you have to choose the right varieties.

A brief description of these will suffice because their name says it all: They‚Äôre small (3 inches) and white. But moving beyond their physical description, Miniature White cucumbers are nicely prolific with good flavor, plus they produce quickly, putting cucumbers on the table in 50 to 55 days.¬Ý

And while they are admittedly smaller than your typical slicing-type cucumber, thanks to the volume that Miniature White produces, your harvests will be impressive. Miniature White cucumbers have a crisp texture that‚Äôs delicious in salads or sliced for snacking.

Here‚Äôs an added bonus: Miniature White thrives happily in containers, which is a nice option if you‚Äôre limited on garden space or want to be able to bring the plants indoors on cold autumn nights.

I used to try growing beautiful large tomato varieties such as German Pink, but even though my garden did its best, the growing season here is just a little too short to reliably produce large tomatoes in abundance.

I can grow the early season varieties and cherry tomatoes all day long. But I sometimes just want the fun of growing a big tomato.¬Ý

Last year, I tried Emmylou and was really pleased with the results. Emmylou produces gorgeous red tomatoes that are surprisingly large for the speed with which they mature (75 days from transplant). I liked that they were resistant to cracking, and they also exhibit disease resistance, which is another plus for this extra-special tomato.

Just because we live in colder climates doesn‚Äôt mean that we don‚Äôt want to grow pumpkins. Now of course we can plant miniature pumpkins, like the charming Casperita, which is adorable and matures in about 75 days. But sometimes you just feel like growing a jack-o-lantern-sized pumpkin, right?

But large pumpkins are slow to mature, and that‚Äôs why you need Neon. It‚Äôs a very pretty, 8-pound pumpkin that has a reputation of being perfectly ideal for carving up at Halloween. With its brilliant orange color, useful size, great productivity and lightning-fast maturity (ready in approximately 80 days), Neon has more than earned its place in my garden.¬Ý

Bonus features: It‚Äôs prolific and stores well. What are you waiting for? Your search for the perfect pumpkin starts and stops with Neon.

(P.S. In your quest for larger pumpkins, don‚Äôt overlook the fun of the miniature pumpkins, like the aforementioned Casperita. They‚Äôre a lot of fun to grow, and they make delightful decorations, too.)¬Ý

I don‚Äôt have the greatest track record in growing carrots. I can recite all the reasons it‚Äôs difficult to grow them: They‚Äôre slow to germinate, the soil has to be just so, you have to thin at the proper time, and if you don‚Äôt follow the magic steps correctly, the carrot fairies revolt.¬Ý

For a while, I tried growing carrot varieties such as Thumbelina, thinking that‚Äîlike cherry tomatoes‚Äîthe smaller types would be better suited to the north, maturing more quickly. But the joke was on me!

The diminutive Thumbelina, while lovely, still requires up to 70 days to mature. And I wanted to grow full-sized carrots. Enter Yaya!¬Ý

Yaya is a gorgeous, 5- to 6-inch, Nantes-type carrot that‚Äôs everything you could want in a carrot. Early maturing? You got it (60 days). Deliciously sweet? It‚Äôs among the best. Easy to grow? I‚Äôve never grown carrots that did as well as Yaya.¬Ý

Just think: You could be harvesting beautiful, super-sweet carrots in just 60 days!

Growing snap beans in colder climates is no problem. Plenty of early-maturing varieties are productive, tasty and colorful. But I like growing dry bean varieties, and that can be tricky.

Take Mayflower, that gorgeous dry bean variety that has a legendary connection to the ship. It‚Äôs beautiful, and I‚Äôd love to grow it, but it‚Äôs a 100-day variety. The good news is that there are other dry beans that require fewer days to grow, such as Orca.

Now Orca has several aliases, including Yin Yang and Calypso. But all refer to a stunning black-and-white bean that‚Äôs as eye-catching as it is delicious. Another bonus: Unlike most dry bean varieties, which are pole habit, Orca beans are bush habit, which eliminate the need for trellising.

A dry bean that‚Äôs user-friendly and matures in just 75 days sounds like a winner to me.

I probably don‚Äôt need to tell you much more than that Sweetness is the most accurately named vegetable ever. An impartial panel of seven family members unanimously agreed it was the best corn they‚Äôd ever tasted! (And they‚Äôve tried some not-so-great corn over the years.)¬Ý

It‚Äôs difficult to know where to start when describing just how excellent Sweetness is. It matures really quickly, in less than 70 days, produces a nice quantity of ears, and is quite beautiful with its bicolor kernels.

But the flavor! It‚Äôs beyond delicious. The plants reach approximately 6 feet tall and produce 8-inch ears of corn.

I know there‚Äôs nothing extraordinary about growing peas when working with a short-season vegetable garden. It‚Äôs easy to grow peas, right? They don‚Äôt mind cold weather, and they don‚Äôt take long to mature.

But Little Snow Pea White takes everything you knew about growing peas and says, ‚ÄúHey, I can do it even faster.‚Äù

Little Snow Pea White grows at a lightning fast rate, with peas ready to harvest in as little as 30 days. In my zone 4a garden, it took closer to 40 days, but we had a cold spring, which may have been a factor.

Once it started producing, Little Snow Pea White kept at it for weeks, filling our harvest baskets with abundant quantities of tasty snow peas. They‚Äôre quite elegantly pretty, too. So if you‚Äôre looking for a great way to kick off your gardening season and an addition to those early garden harvests of radishes and arugula, give these peas a chance.

Following on the heels of Sweetness corn: How about Candy onions? An ideal choice for short-season gardeners, Candy hybrid onions are an amazingly large, simply delicious, day-neutral variety. They‚Äôre always reliable, beautiful and ready in approximately 90 days from transplant.

(Yes, this is on the longer end of the range, but you can set out onion plants earlier than tomato seedlings. So there‚Äôs never an issue with onions having time to reach maturity.)

To add to the fun, Candy onions come in red and white, both equally beautiful and absolutely yummy. Candy onions aren‚Äôt a superior storage variety, but they‚Äôre so tasty that you‚Äôll probably eat them all before long-term storage is an issue.

These may not be the largest or the most productive potatoes in the whole world, but I can say this: These potatoes are simply the most fun to grow. I mean, they‚Äôre blue potatoes! What‚Äôs not to like?¬Ý

All Blue is an heirloom variety that has somehow been eclipsed by the more popular potatoes such as Yukon Gold, but if you‚Äôre willing to think outside the box, you won‚Äôt be disappointed by these gorgeous potatoes.

They appear brilliant with an unexpected shade of blue-purple inside and out, and they hold their color when baked. They‚Äôre truly a delight in the short-season vegetable garden, in the kitchen and in your tummy.

For me, growing peppers can be like growing carrots: occasionally unpredictable. Here in the north, the sun just isn‚Äôt sunny enough sometimes to satisfy the requirements of sweet peppers, and I‚Äôve tried a lot of varieties over the years in a quest to find peppers that produce reliably and in a short time.

Then I met Lunchbox peppers. Before I knew it, I was picking more pecks of peppers than Peter Piper himself.¬Ý

These charming little peppers are ‚Äúsnack-sized‚Äù (3 inch) and packed with sweet flavor. They‚Äôre colorful (red, yellow, orange) and delicious either fresh or cooked. Lunchbox peppers are productive and quick to mature (about 80 days at the most), a truly excellent choice for short-season gardeners and anyone who wants a little fun in the garden.

¬ÝShort-season vegetable gardening might sound limiting, but with so many wonderful heirloom and hybrid varieties available from seed catalogs and garden centers, it‚Äôs easier than you might think to harvest a diverse and delicious assortment of garden veggies all season long.¬Ý

This article originally appeared in the May/June 2022 issue of¬ÝHobby Farms¬Ýmagazine.