Should You Raise Your Garden Beds?

Growing in raised beds is an efficient use of space and promote good drainage, but there are a few things you need to consider. 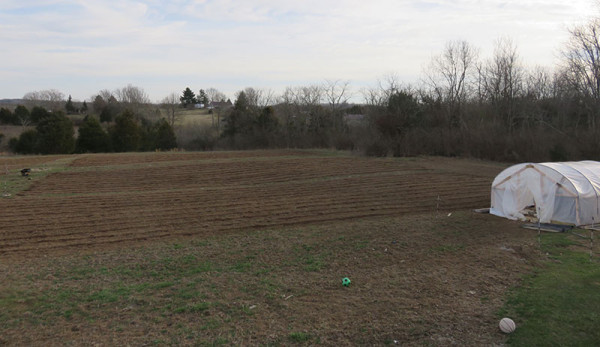 We recently moved to a new farm and started another garden. Not knowing what the soil was going to be like, I decided to prepare a mixture of semi-raised and in-ground beds to see which worked out best for our new property. BecauseÂ we had previously just raised all of our garden beds using a shovel or rotary plow, I wanted to try something new in anticipation of a potentially dry seasonâ€”and a potentially dry farm. The important thing is knowing how to make the decision of to raise or not to raise.

First, of course, it’s important to point out that not everyone grows in, nor perhaps likes, semi-permanent raised beds. These are typically 6 to 8 inches high by 26 to 30 inches wide, but can be as wide as 4 feet. Although there are several disadvantages to growing in wide beds as opposed to row cropping, I am partial to growing in beds for their efficient use of space. In bed production, you get more crops per square foot becauseÂ you are cramming several rows together, eliminating many of the walking paths.

I’m not talking about permanent raised beds. The beds I’m talking about do not have permanent boarders of wood or concrete. They are simply mounded inside of the garden to reduce compaction, though they will stay in roughly the same place for many years.

These semi-raised beds drain and warm faster in the spring, thus allowing you to get into the soil earlier. This is an significant consideration in wetter places for farmers looking to plant earlier. However, not knowing how well my soil would hold moisture, I made the assumption in one flat part of the garden that the soil would dry out fast. It did not. I have learned that the drainage in this spot leaves a little to be desired., so though my beds will always remain in roughly the same place and become lightly mounded over time through composting and broadforking, here are my new considerations for deciding whether to actively raise a bed.

WhatÂ Crop Am I Planting?

If you are planning a summer crop in a certain location, then a raised bed is probably not necessary. The reason for this, at least in most parts of the country, is that raised beds dry out faster. So in order to preserve moisture mid summer, and cut down on irrigation, it is beneficial to have flat or only slightly mounded beds as opposed to beds raised more thanÂ 6Â inches, which is my standard.

Raising a bed improves the drainage of a particular spot. In wetter gardens, raising the beds may be the only way to reliably plant them year after year even if occasionally the soil gets too dry and requires some irrigation. In my situation, it was hard to tell if aÂ particular plot would drain well, so that was a hard call.

HowÂ Much Are You Composting?

Compost will help regulate moisture and often help with drainage. I have found that well-composted plots don’t dry faster, per se, but they do distribute their moisture well and become workable at a faster rate. Put another way, soil with low fertility and low organic matter will dry out faster, but become hard to work in. Healthy soil will dry fast but remain moist enough for planting or seeding.

From now on I am going err on the side of raising all beds for spring use, especially when in doubt. Why? Well, it is always possible toÂ irrigateÂ soil that is too dry, but it’sÂ never a good idea to work soil that is too wet. Raising the beds simply helps keep the grower from having to wait quite as long to get the season started. Ultimately, I would rather have to irrigate mid-summer, than not be able to get my crops in early.