These fine wool producers, can do especially well in the southwest. They also yield good lambs. 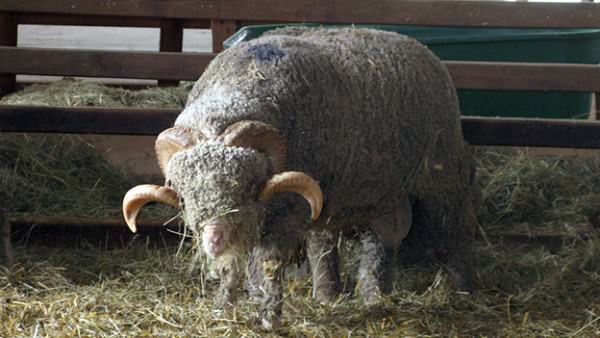 Use: A dual-purpose producer of meat and wool, the Rambouillet breed yields a good lamb carcass and the adult ewes will give ten or more pounds of fleece each year. The dense, fine wool has a staple length of 3 inches or more and a spinning count in the 64s to 70s range. It shrinks less than Merino wool and makes lovely worsted fabric and scarves.

History: When the Moors of North Africa invaded Spain during the 14th century, they brought flocks of sheep – flocks left behind when the Spaniards later booted them out and reclaimed their country. These fine-wooled sheep became the famed Merino, a breed the Spanish valued so much that their export was prohibited by the government. In 1786, however, France’s Louis XVI managed to finagle a gift of 318 Merino ewes, 41 rams, and a couple of wethers from his cousin Louis, King of Spain. Modified on the French king’s experimental farm at his Rambouillet estate, this flock gave rise to a French version of the Merino called, naturally enough, the Rambouillet. The first of this breed arrived in the United States in 1800.

Special Considerations/Notes: These hardy, adaptable sheep have a strong flocking instinct that makes them ideally suited for open range conditions. Thanks to their North African ancestry, they do especially well in the Southwest. The ewes have few lambing difficulties, give plenty of milk, and make attentive mothers.