Safeguarding your hens' environment against intruding rats is critically important. But what happens if rats get in the chicken run anyway? 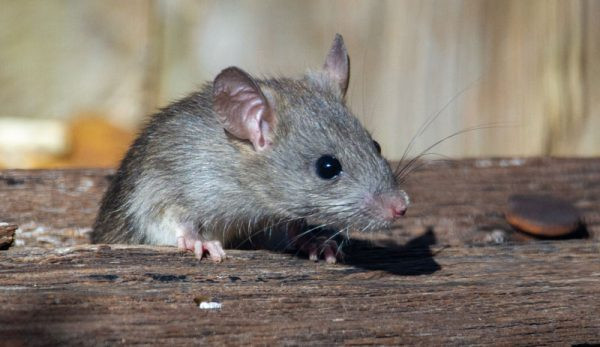 I couldn’t believe my eyes. As bold-as-you-please, a rat walked along the inside of my chickens’ run and helped itself to my hens’ food. And it happened in broad daylight.

Never mind that I’d taken pains to fortify the chicken coop and run to keep my hens safe. Something had gone very wrong.

It’s taken me several weeks to fix the problem. In hopes of saving you similar trouble, here’s what went wrongâ€”and what I did to make things right.

My first mistakes? Locating my large compost bins too close to my chicken run and falling down on its maintenance. I’d generally kept my compost well-watered and turnedâ€”until emergency surgery took me out of commission.

So, for a month or two, food scraps accumulated on top of the pile. This created a potential draw to the chicken run for rats.

I’d also gotten lazy with my chicken feed. Although I kept my opened bag inside a galvanized trash can, I kept additional, unopened bags on my garage floor. Had I been paying closer attention, perhaps I’d have noticed that something had gnawed holes in those bags. A small feast of pelleted food had spilled out.

That I saw a rat at all was bad enough. But that I saw it during the daytime suggested this was a serious infestation. Rats are not only vectors for disease. They’ll also eat young chicks.

Their presence can have a chilling effect on egg-laying, too.

To determine just how pervasive my problem was, I used a trail cam to film inside and around the chicken run. At one point when the chickens were cooped up for the night, I saw three rats inside the run simultaneously. Fortunately, I also saw some of the areas where the rats were getting in and out.

They’d tunneled under my compost bins, around my buried wire barrier, and into the run in a few spots. The rats also moved in along the foundation of my nearby garage.

Read more: Hens in a tizzy? Calm your flock with these tips.

Fixing these problems would require more than simply removing the rats. I had to make the environment much less inviting to them. Now I store opened and unopened bags of feed in galvanized trash cans inside the garage.

Also I no longer leave the hens’ food out for long periods. Instead, they have regular feeding times. Between feedings, their feeder is safely stowed away.

But there was one other source of foodâ€”and shelterâ€”that had to go. I emptied all of the contents of my three-section compost bin onto tarps. I moved the bin itself to a new spot far from the hens and re-filled it with the original compost.

The move revealed a sizable rats’ nest made of shredded plastic, chicken feathers and other found materials. I also discovered a series of tunnels and damage to the foundation of the nearby garage.

I dug out the soil, destroying their tunnels and nest in the process. Before sealing up the damage they’d done, I’d need to remove as many of the rodents as I could.

Read more: Keep your chickens safe from predators with these simple guidelines.

Eliminating the rats with poison was a non-starter. Because rats are part of the natural food web, poisoning them could result in the inadvertent poisoning of snakes, hawks, owls and more.

I opted for the tried-and-true snap trap instead. Wearing heavy gloves, I baited the traps with peanut butter and carefully set them. Every night for about a month, I positioned some traps along the interior wall of my garage. Others went outside the large hole that the rats gnawed in the exterior of my garage’s foundation.

Additional traps went alongside the breached section of the chickens’ run.

To prevent accidental injury to other nearby creatures, I barricaded my outdoor traps so that only the rats could access them. I also checked the traps first thingâ€”long before letting the hens out for the day.

I caught at least one rat every couple of days around my chicken run. Eventually, my traps remained baited, setâ€”and blessedly rat-free.

It was finally time to repair the damage the rats had done and redouble my efforts to keep them away from my chickens for good. While rats can easily gnaw through wood and spray foam, steel wool and hardware cloth are another story.

To create a durable barrier, I stuffed the hole they’d made in my garage foundation with steel wool and spray foam.Â Next, I covered the hole’s exterior with hardware cloth and topped that with a heavy piece of wood.

I also repaired the breached areas around my chickens’ run with hardware cloth.

As a proactive measure, I now keep a couple of rat traps set inside my garage. I’m also periodically applying a non-toxic, liquid rodent repellent along the perimeter of the garage, henhouse and chicken run.