In the Raw: Why You Should Never Heat Honey

It's OK to have honey in your coffee or tea, but heating it up or cooking with it can raise it to temperatures that change its properties. Here's why that's bad. 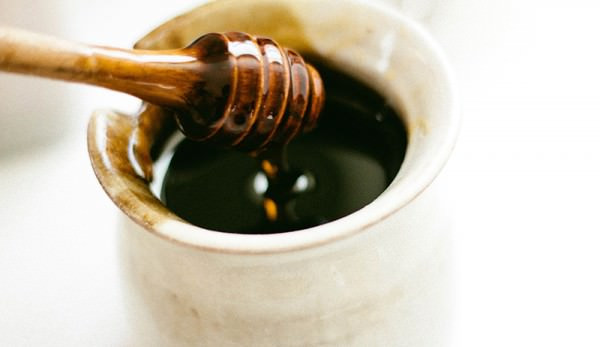 The ill health effects from eating cane sugar are well known. Whether you’re diabetic, intolerant to certain sweeteners, sensitive to processed foods or prefer to cut the calories, many health-conscious individualsâ€”beekeepers or notâ€”are turning to honey as a healthier sweetener alternative. Honey provides numerous health benefits. It has trace nutrients and minerals, it can help ease the suffering of those with allergies, and it’s a natural substance produced by bees. Plus, it’s just delicious!

If you’ve been serious about using honey instead of sugar, you might have put it in baked goods such as cakes and muffins, used it as the glaze on meats, or use it to add complexity to other meals. Until recently, it was a staple in two of my family’s favorite southern side-dishes: slow-cooked collards and okra-and-tomato stew. But not anymore. So, why are we leaving it out?

Of course we know that honey should never be pasteurized or heated before we purchase it. As consumers, we’re shopping for raw, untreated, unheated and unadulterated honey products. This means we shop locally and avoid the “Honey Bears” at the grocery store whose contents we know are often cut with sweeteners (such as high-fructose corn syrup) and are processed overseas. But what about when we bring it home?

In the Ayurvedic food medicine tradition, it is understood that heating honey above 104 degrees Fahrenheit causes a molecular change that alters the way we digest it. In simple terms, the honey becomes like a glue and is not only hard to digest but also hinders proper digestion of other foods. Western research has concluded that heating honey destroys its beneficial properties: It kills the natural enzymes, nutrients and probiotics present in raw honey. In general, honey is a low glycemic index food, but there is limited evidence suggesting that heating and cooking with it raises this level.

But all hope is not lost! If you’re a regular drinker of tea or coffee with honey, there is good news: Warming the honey by placing it in tea or coffee does not have the same effect as cooking with it (as long as the water isn’t boiling). In other words, you can till reap the benefits of raw honey in your morning tea or coffee.

Here are some other ways to use honey in the kitchen that don’t require high heat:

Honey is wonderfully versatile, even if it doesn’t hold up to high heat. And though it’s less flexible than we might have originally thought, rest (and digest) well knowing that in its natural and raw state, honey is working hard for your health and benefiting you in many ways.